Saturday was my last chance to see Dubronik as I would be starting my homeward journey on Sunday.

The coast road runs through Bosnia at one stage and I had no insurance for that country so to be on the safe side I made a detour by ferry from Ploce to Pelejesac Peninsula and carried on south.

After riding all that way I didn’t actually enter the city but saw it from across the bay. Struggling with a large capacity air-cooled bike in grid-locked cities isn’t really my thing. Far better to fly there for a few days at some time in the future and ‘do’ the city of Dubronik properly.

I had no problem with riding back to Skradin to spend my last night in Croatia in the beautiful old town. Yes it had obviously taken a few hard blows during the Balkan wars but it felt right for me. In fact I was quite sad to be leaving as I could easily have spent a few days more down there.

No worries – time to pack and get on the road again. Heading for home this time. 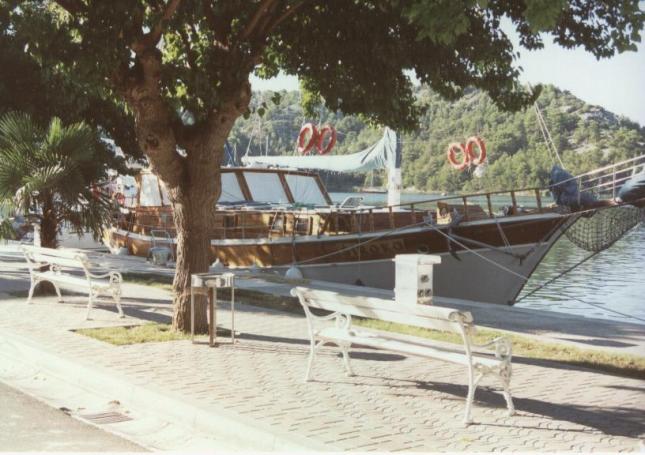 Lazy Sunday. I rode over to the ferry port of Zadar in the morning stopping for a snack with the locals at a village cafe on the way. The laden XJR was parked under a shady tree while I had my coffee and pastry — 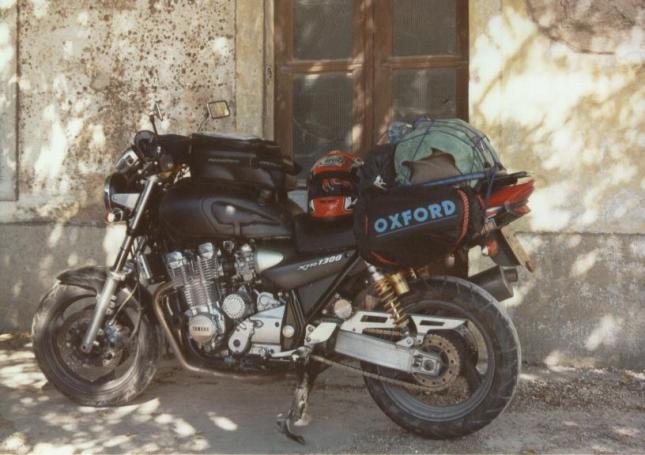 Then it was over the last range of hills and into Zadar where I checked out the dock gates and the times of loading as much as I could before going for a tour of the old walled city built on a peninsuls jutting out to sea. There are eleven churches, all busy on a Sunday, an internet cafe, numerous bars, restaurants and market stalls within the walls with yachts of every description on the water around the city. 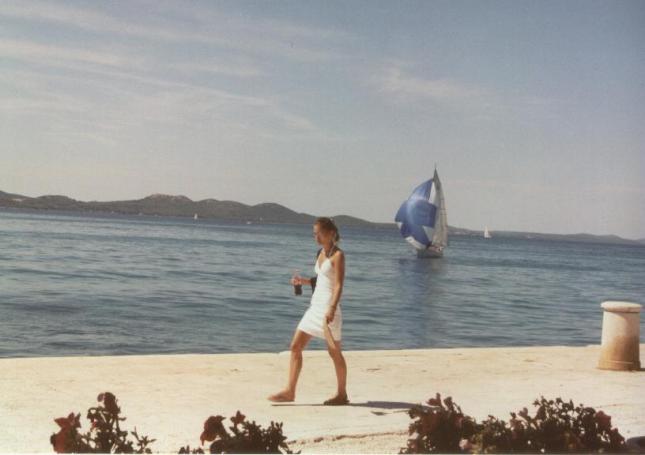 As it was a beautiful hot sunny day I chilled out in one of the many shady parks by the promenade and watched the girls go by. Excitement would come later in the afternoon when Croatia won a gold medal at the Olympics. Probably gold in the netball competition. Everyone was on the streets celebrating, convoys of cars and scooters with horns blaring and flags waving were soon speeding round the city! The celebrations didn’t last long before everyone returned to the more serious work in the bars and I made my way to the port to catch my ferry to Italy.