Ben Ledi and the Trossachs

Would you believe – the school here in Kirkcudbright has been closed today supposedly because of the weather! We must be the only part of Scotland that doesn’t have snow so I will import some from my old stamping ground by Ben Ledi and the Trossachs —

Ben Ledi – north of Calendar in the Trossachs. I was beside David Stirling’s memorial on the Hill of Row when I took that pic and we are looking all the way across Doune and Calendar to the snow-covered mountains. 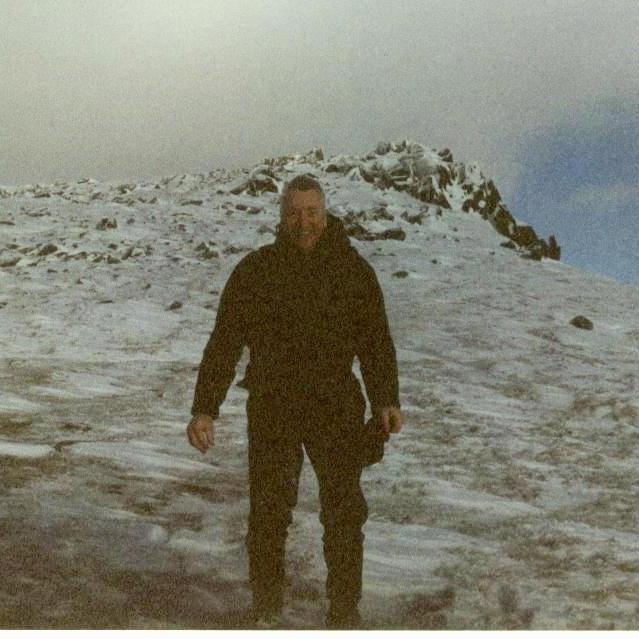 I was facing west for that last pic so the peak is probably Ben Lomond with the Arrochar Hills behind. 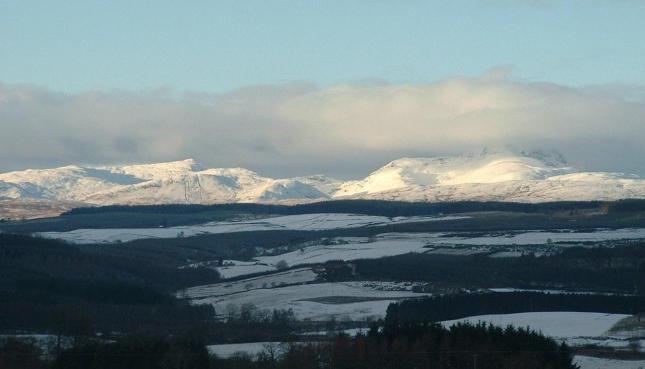 and for these two I’m back with Ben Ledi.

The straw from the combine harvester has been left to rot where it fell. Changed days! We would have used the straw to bed the milk cows and sold the excess. Yes – this field in the foreground was to be the scene of my last job on a farm – make that any farm.

I had a difference of opinion with my gaffer’s son while harvesting that very field fifty years before I took this last photo. So I walked off the job didn’t I, straight into a better one with a steel fabrication company. Those were the days! I didn’t know a thing about marking out, drilling, diamond toothed saws, oxy-acetylene cutting and welding, slinging and erecting, lining and levelling or even crane driving but I was a quick learner!