My first Burns Supper and it won’t be my last! I can be notoriously insular but Rabbie with the help of a few drams has a way of being a great leveller and at the end of the day ‘a man’s a man for a’ that’.

The speakers tonight were fantastic and my learned companions ensured I had a seat at the centre of the festivities. The guy on the right is Bill Nolan who gave the speech to ‘Immortal Memory’ – and how! Bill makes it  his life’s work to carry the spirit of Rabbie Burns around the world and he certainly captured mine.

Their was a large contingent from the Irvine branch and it was there that Rabbie had found his initial support which led to his work being published. The connection with Kirkcudbright is that an Edinburgh based Kirkcubright chap was the main man in having Rabbie accepted into the broad scheme of English Literature..

And hey – what about this! The dress code meant I had to wear a tin flute for the first time in many – many years 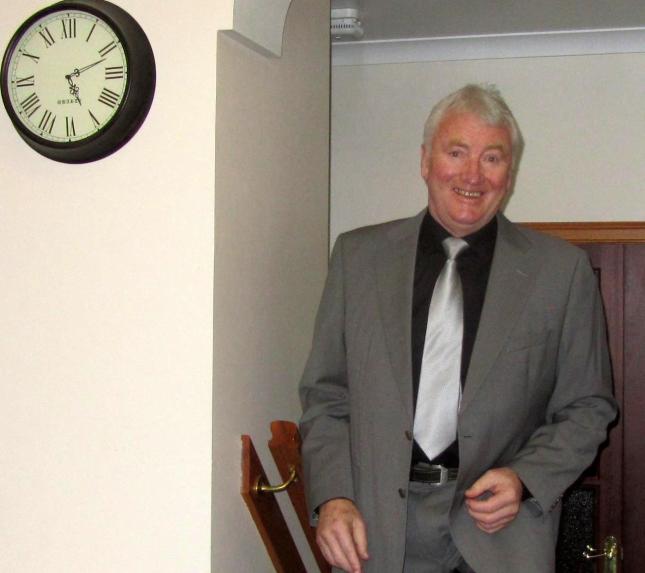 I was surprised to find it still fitted me 🙂