It’s five years this month since I bought my first caravan – an Eriba Troll.

She was lovely inside and out — 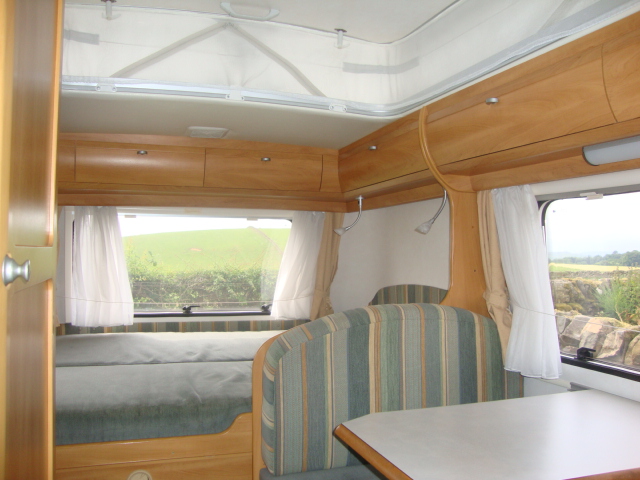 That was when I decided to leave England where I had been living for the past thirteen years and retire to my native Scotland. A long haul mostly on the M6 brought me over the Border at Carlisle and I made the spur of the moment decision to swing left at Gretna and go visit Portpatrick by Stranraer cos I’d heard so much about how beautiful it is.

I wasn’t going to make it in one day so I started looking for a caravan site for an overnight stay by the time I reached Dumfries. I was a few miles past the town when I saw signs for Barnsoul off to the right. A three and half mile drive down country lanes lanes brought me to Barnsoul Farm and Wildlife Centre. They also had a caravan site and I booked in for one night. 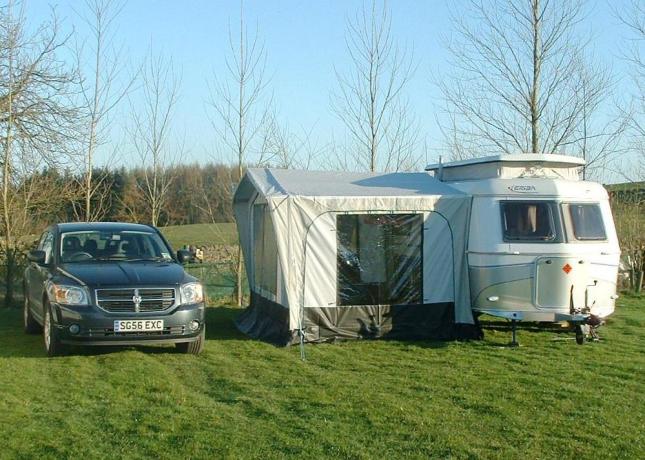 The ‘wildlife’ were truly wild! Red squirrels, roe deer, woodpeckers and several other spieces. On my first walk towards the hills I came across two roe deer but they were gone before I could flash my camera at them. Further on I spotted a bunch of Llamas running wild in a wooded area further up the slope — 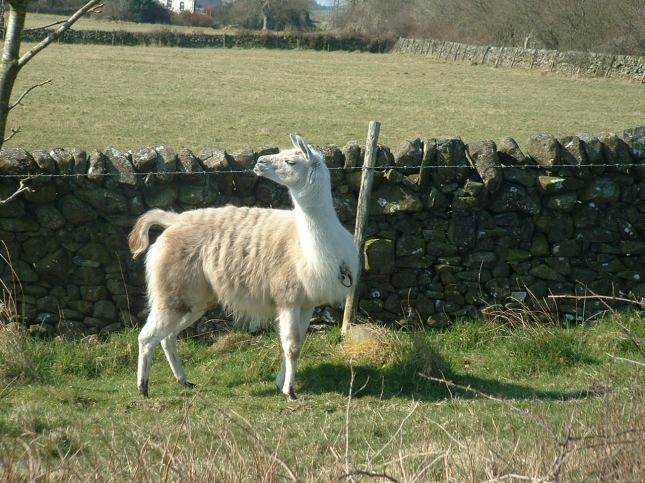 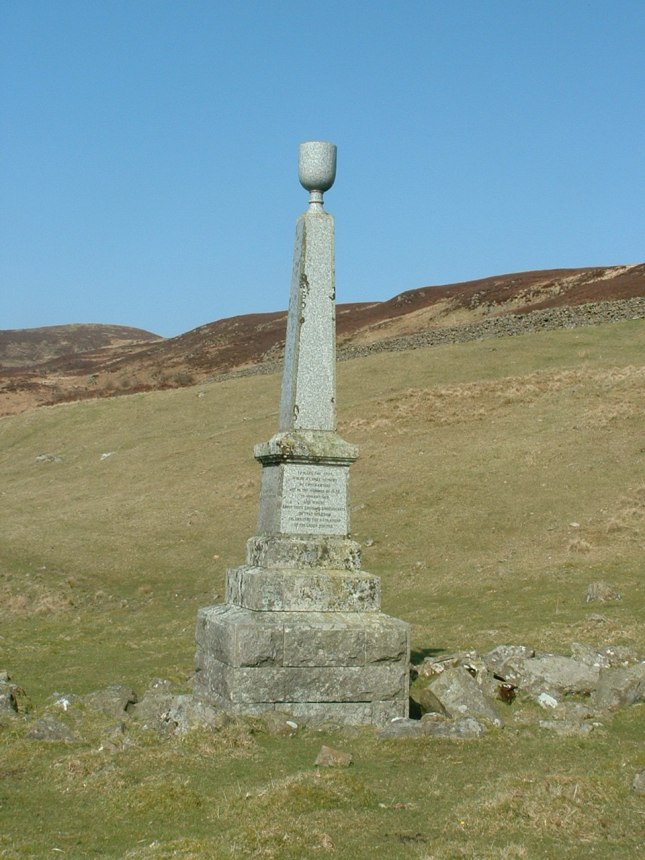 It was a reminder that three thousand local people worshipped on that bare hillside back in the 16th century when they were being hunted down and killed – dare I say ‘murdered’ by the King’s Redcoats. 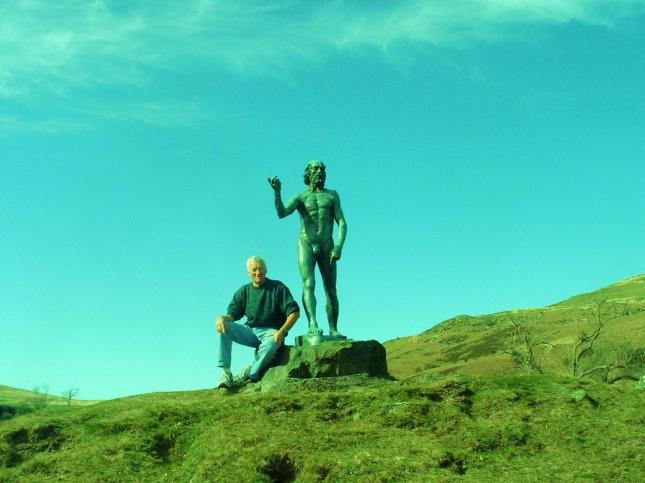 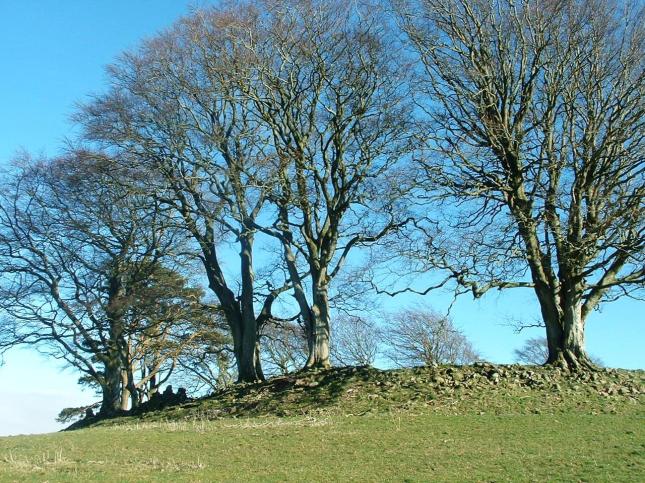 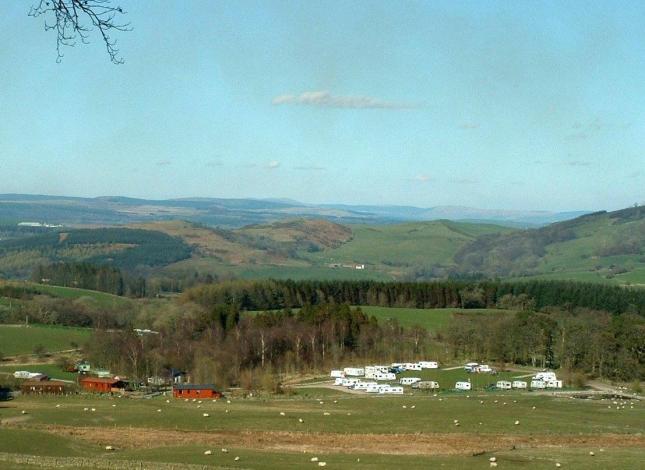 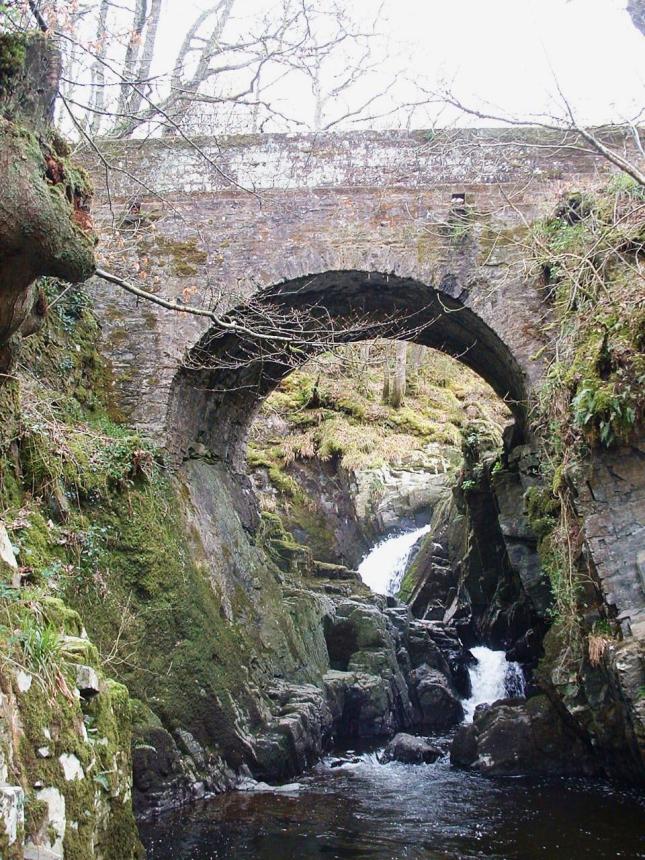 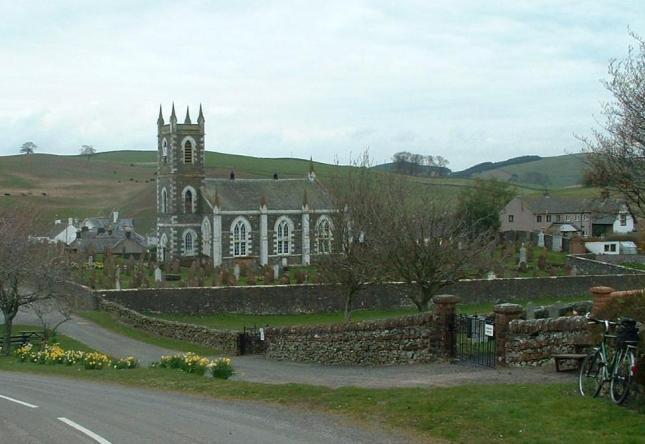 Footnote; My Eriba was two years old when I bought her direct from the importers near Oxford  The first photo with my Eriba set up complete with the awning was at Barnsoul right at the start of my journey.

The next two pics showing the exterior and interior were taken three years and three months later after I toured europe as far as Croatia and virtually lived in the caravan full time. Testament to how well this van was constructed with it’s tubular skeleton frame chassis and aircraft style alluminuim cladding. Such a pity that the Eriba is no longer in production.