I have a few more photos from the classic bikes at the Scottish Motorcycle Show.

The three cylinder two-strokes from Kawasaki were there in strength — 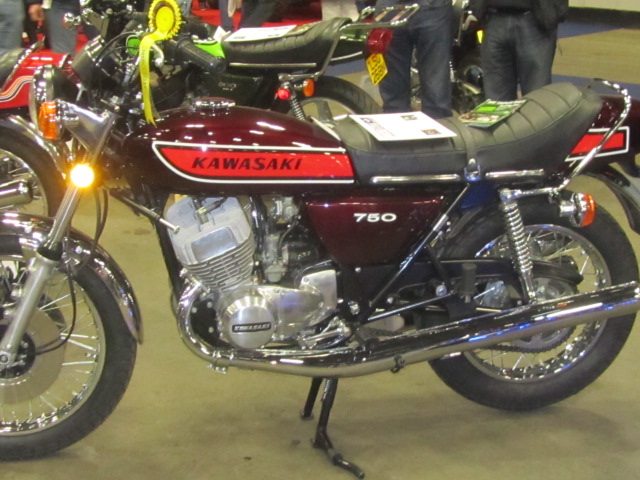 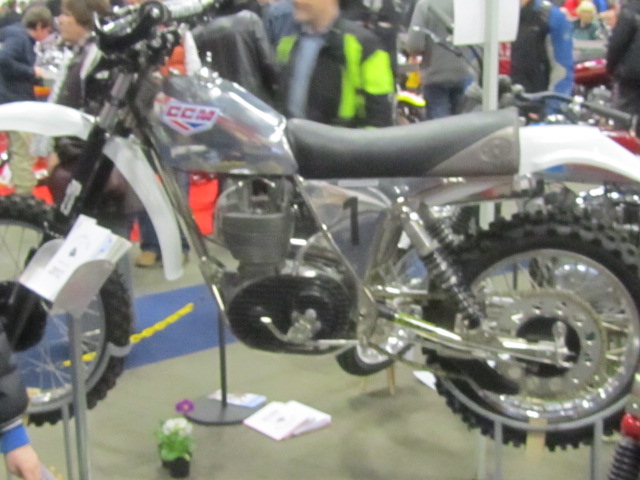 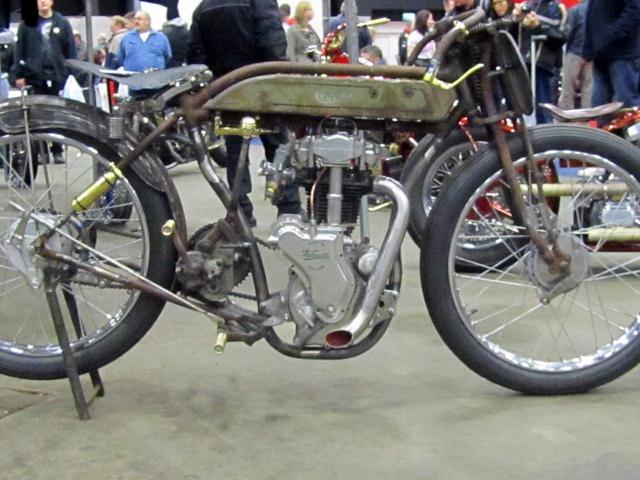 Impressions of the show:

We can see a better turnout of modern bikes at our dealers anyday – and – in many cases be allowed to ride them. A saving grace on that front was that a rare up-to-the-minute Triumph Explorer was there to be seen and sat on and a keen and knowledgeable man from Triumph was on on hand to talk you through it.

On the clothing front there seemed to be bargains to be had if you didn’t want the latest up-to-datest but there was plenty of Tat. The middle hall had some usefull stalls for the special builders with a mega-offering of cheap tools and maintenance stuff. There was also a usefull auto-jumble outside next to the stuntmen and free-style moto-crossers.

Food and drink was reasonable quality and inexpensive compared with NEC show prices but of course the NEC show isn’t held in a cowpen. Parking was close and ample and there were no hold-ups going to or from the show.