Postie got me out of bed to sign for my new float valve assemblies this morning. My excuse for lateness is I’m still suffering with this bl**dy Manflu thing – it had me up half the night and I can’t seem to shake it off.

No worries – brilliant sunshine out there so I did my Mr Cool routine – on with the shades to hide my puffy eyes and strolled round for my morning paper and to catch a latte at Mulberries.

Is it a Laburnum tree/bush? Don’t know.

Just a minute – make that three complete assemblies and one minus the ‘O’ ring on the slug! Bugga!

Footnote; I bought the XJR late last summer. Twelve years old with a little over one thousand miles on the clock. Trouble was that having spent most of it’s life sitting around, the original unleaded fuel had evaporated and the residue had gummed up the carbs. After much work I had her running right and a flooding float bowl had been sorted.

Temporarily it seems. I drained the carbs over winter hoping to prevent a repeat of the evaporating fuel problems only to find when I ran fuel through her this spring the float bowl flooded again and my precious petrol was being dumped on the floor. Bad news but I suspected last year that the tapered rubber seal portion of the needle valves had gone brittle and I was lucky to find a fix at the time.

A quick phone call to Allen’s Performance in Nottingham this morning and it would appear they are sending me a whole new assembly to replace the missing part!

I’ve put the job off long enough. Let’s get out there and see what I can do today.

That was a very worthwhile couple of hours spent with the carbs from the XJR. Found an ‘O’ ring from a set I bought last year and the black baby is all back together and running so sweet! No floatbowls flooding – no missing a beat just purring like a cat and answering to the throttle when called for. Magic! 🙂 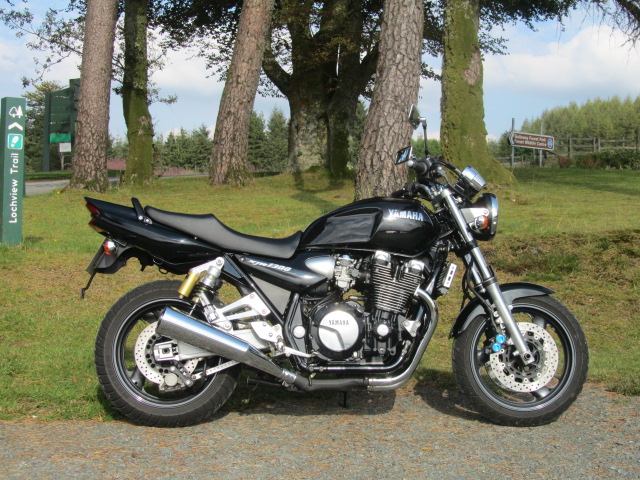 Wish I could treat my ‘manflu’ the same way.