Oh Young Lochinvar has come out of the West, through all the wide Border his steed was the Best.

So faithfull in Love and so dauntless in War, There never was knight like the Young Lochinvar.

It’s good to see all that education hard won at Berwickshire High School many years ago hasn’t been entirely wasted. Young Lochinvar by Borders Poet Sir Walter Scott was one of my favourites. It tells the story of young Lochinvar’s travel from his castle in the wilds above St John’s Town of Dalry here in the west to court the fair Ellen Graeme at her home in the east.

And here we are at the site of the original castle —

Or as close as we are going to be without getting our feet wet! Trust the idiot cooncil to have a dam built across the river half a mile away and flood the valley! What happened to ‘Romance?’ 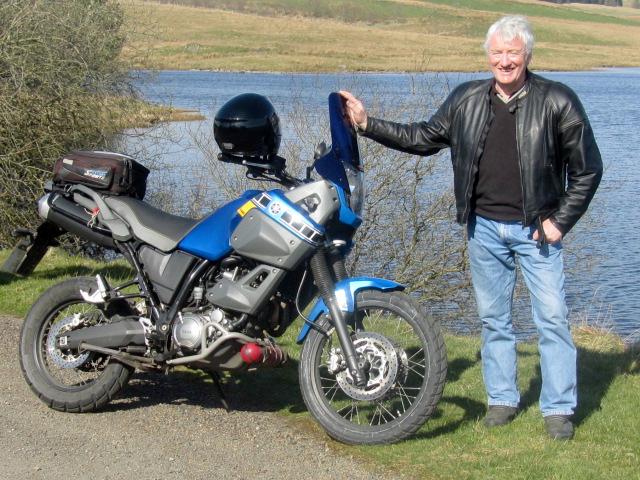 I had a good run up after stopping to chat to a Hells Angel type standing by his three month old broken down Harley by the side of the A75. He was happy just to wait for the Rescue Services to get him home so I left him to it.

The Red Kites were loving the sunshine and hung on the thermals above the road. Roadkill is a regular source of food for these fellas.

I do like our native trees. Being in a mellow sort of mood and slowly recovering from my bout of manflu I settled down in the ruins of a former school and caught up with BSB and MotoGP in the Motorcycle News I picked up on my way out of town. I see Ducati have still got a lot to do to make Rossi smile again —

Corseglass school where I am reading my comic closed for good in May 1929 as the families had left the hill pastures for the industrial north but prior to that in 1880 there were 18 pupils being taught here in this remote corner of Dumfries and Galloway.

Then it was onwards and upwards to Lochinvar Loch where I chatted to two old bird watchers who gave me the low down on the flooded ruins of the castle. After that it was a case of taking the Long Way Home and giving right of way to these rather splendid fellows who were out for a stroll —

There were seven rams in total but I’ve only got a wee camera so you will have to take my word for it. I even stopped to admire this view but again my poor photo doesn’t do it justice. There was just so much happening there to the naked eye — 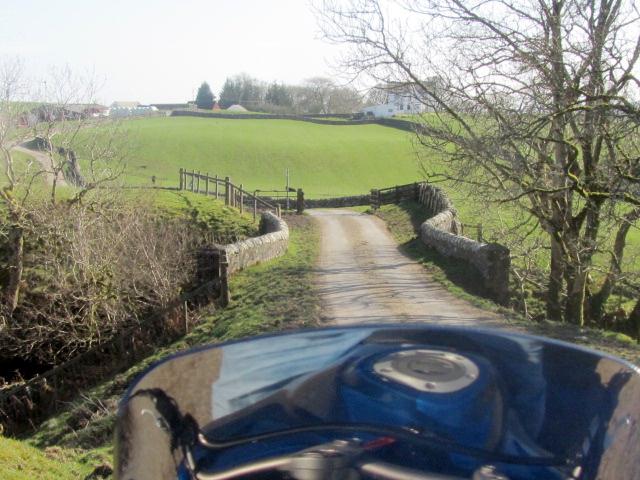 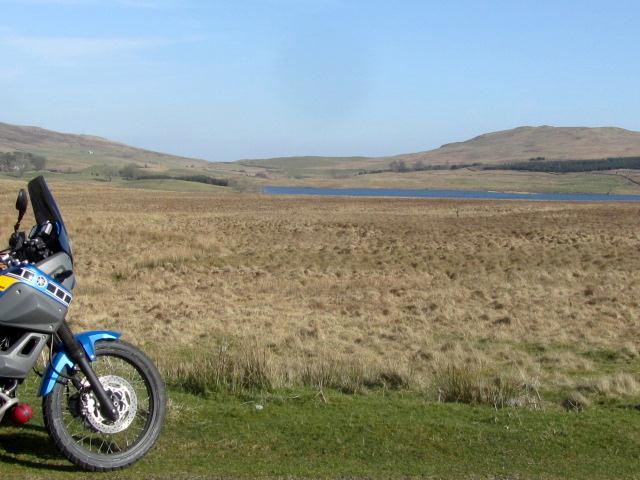 Hey! Gimme my camera back! Bl**dy sheep! They will eat anything 🙂 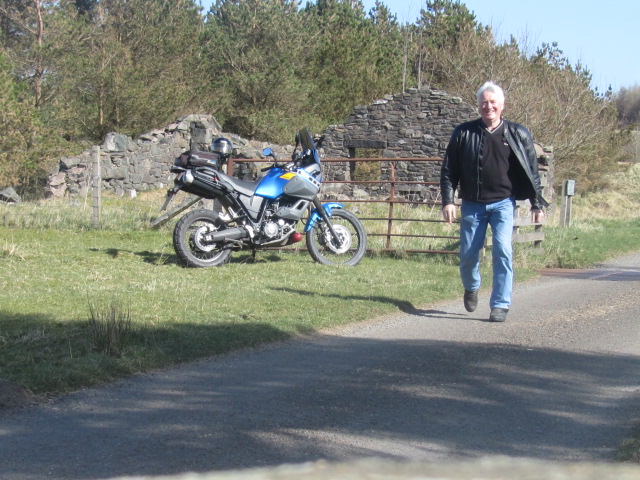 Well there you have my afternoon in the sun. Not bad considering I’d self-diagnosed an escalation in my Manflu to a full-blown bout of Viral Pneumonia only 24 hours beforehand. I checked out the symptoms on Google yesterday afternoon and I had every one of ’em! Was planning to visit my doc this morning and tell him the sad news but decided to go riding instead.

Out on the bike on a day like this – there’s no better medicine. They should fund it on the National Health 🙂