RSS
← Tenere and the Wickerman
350 Velocette →

I spotted the newly built Lady Burnie on the slip at MacDuff Shipyards yesterday and was intrigued. With her 2m. draft – flat bottom and triple screws I would imagine she is probably best suited for inshore work but that’s the landlubber in me coming to the fore. With modern technology she will probably roll with the best of them in a Force Eight gale 🙂

Seems there’s no secrets in the marine world for thanks to the wonders of my friends at Google the complete spec for this new workboat being built at Macduff Shipyards for Inverlussa Marine Services are laid bare with one click of the mouse.

I’ve even convinced myself that I know why she has three Doosan 4V marine deisels powering her triple screws. My theory is that with her shallow draft there isn’t depth for the bigger props normally employed in workboats of her size and the three screws of the Lady Burnie will give her the neccessary performance to fulfill her future role in servicing the growing inshore marine industry. 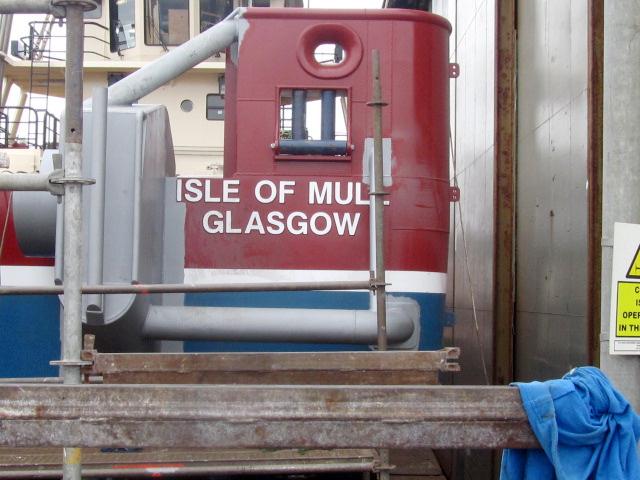 She will be based at Loch Spevie on the Isle of Mull and is available for general hire. Yes – if your pockets are deep enough she will come and work for you when you build your own personal off-shore wind farm. I would imagine her minimal 2m draft would be ideal for the shallow waters down here in the Solway where it’s as if we hear of new proposals for wind farms every other day. A crazy situation when the constant – twice a day tides could be harnessed to supply all our energy needs. 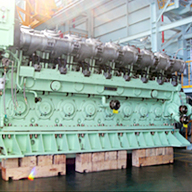 There was a time back in the seventies when we thought Rolls Royce deisels were market leaders but with hindsight that was a rather blinkered parochial view.

As recently as 1983 Hancok Industries in Korea built their first deisel engine and less than thirty years later they are probably the most prolific engine builder in the world. Their engines – both deisel and gas fueled are used as propulsion units in one-in-four ships as well as in power generating plants and suchlike the world over – quite a success story. I wouldn’t be surprised if they are used in this country to produce electricity on days the wind doesn’t blow in the near future.

← Tenere and the Wickerman
350 Velocette →