A taste of Aotearoa

Don has suggested that I copy an example of a typical ride we experience in New Zealand. I hope you enjoy reading…

Well after a long break with lots of interruptions and distractions, a wet winter and not as much riding as we would usually enjoy, the boys are on the road again. A round trip through the Waikato and Bay of Plenty south of Auckland. Jono, Justin and I planned to meet in Rotoiti near Rotorua.

Jono and I left on Friday morning and took the long way, Jono on his Yamaha Tenere 660 and I on my BMW K1200s.

We travelled through the Hunua Hills in South Auckland and linked up with SH22 from Tuakau to Raglan. This route is one of the classics for riders from the upper North Island and covers rolling back country roads, bush and river valleys.

With plenty of stops to rest, coffee and talk and at an easy pace we arrived for lunch in Raglan. The food was excellent at “The Shack” Cafe. Raglan has a special character as a West Coast beach town and a mixture of alternative country lifestyle, Raglan has a reputation as one of the best point breaks in the world with almost constant swells coming off the Tasman Sea to the west. After lunch we went to Manu Beach and Whale Bay to see the surf. The sun was warm, the sea was mirror calm but there was a regular 2 metre swell providing long runs for a large group of surfers. 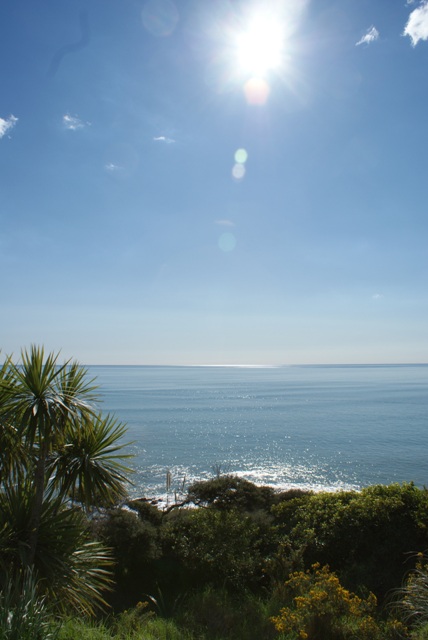 We then made our way across South Waikato, through Kihikihi, Mangakino, Atiamuri to arrive in Rotoiti after dark. We were deceived by the spring temperatures in Auckland and were not prepared for the remains of winter in Central North Island, down to 6 degrees C, which is not much fun if you’re not properly  dressed on a motorbike.

Justin had  taken the more direct route, having left after work in Auckland, and arrived a few minutes after us. It was Jono’s birthday. We stayed with Justin and Jono’s parents, Mike and Jenny, who are always hospitable and after dinner in Rotorua (Chinese, but don’t ask Jono about his thoughts on the food) we settled into the Cabin overlooking Lake Rotoiti. We played Mikes old LP’s (yes good vinyls) until 2:30 am. 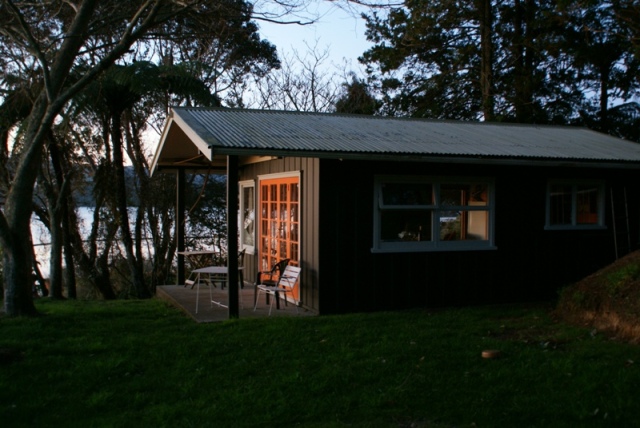 Just before Sunrise at Rotoiti

In the morning we left for brunch in Taupo. We rode through the Waikiti Valley and Atiamuri. You would think a nice sunny day would be warm, but no. At least not until about 1:00 pm. We dropped into the Taupo Raceway to watch V8 supercars practicing and then made our way back to Rotoiti.

Dinner was a Lowe family classic cooked on an open fire (bitterly cold again, but then I’m a Jafa).

The trip home was through Tauranga, back across the Kaimai’s, through the back of Walton to Tahuna. Jono took the direct route back to Auckland and Justin and I met Andre at the Kaiaua Fish Cafe for a late lunch. The ride back to Auckland around the Pohutukawa coast was another classic, at last riding ourselves of winter lethargy and enjoying all the bends and straits that make this road famous. A quick coffee at Tony’s Maraetai Beach cafe and then home. A very nice weekend ride with good mates. Can’t get much better than that. 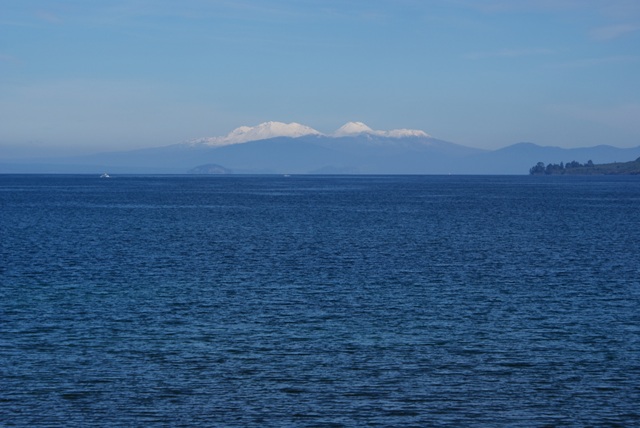 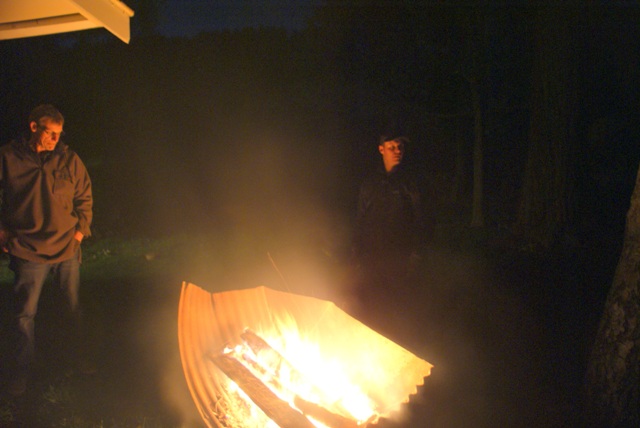 PS: We all have a lot of blogs to complete, in my case on our March South Island Trip, Justin on the Ducati Mike Hailwood Replica restoration, Andre on his 916 restoration, and plenty more. Watch this space in http://www.tailpipesandheadlamps.wordpress.com

Posted by maxyg on October 29, 2012 in Uncategorized