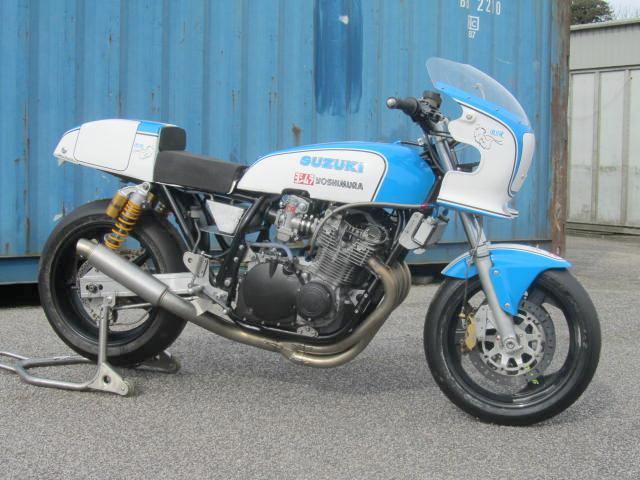 I never tire of looking at the bike in the flesh but that would be hard to do right now as the bike is on it’s way to South Africa to take part in a series of parades and races for a variety of Superbikes from the seventies. The bike was built by Buffalo himself at Bill Simpson Racing and he will be off soon to catch up with the big Susie to race it in the warm South African sunshine.

Yes I would love to build one for myself 🙂

But – in the meantime – thanks to my friend JT over at the XJROC I have found a vid of the original Wes Cooley bike competing at Laguna Seca in the late seventies against future GP stars from that era such as Freddie Spencer and Eddie Lawson.

Posted by Don on January 4, 2013 in Uncategorized