In 2008 I was in Croatia for the summer – staying at Zelena Laguna near Porec in my caravan about a two hour drive from Grobnik the former GP circuit in the foothills above Rijeka. I had kept in touch with my Zagreb friend Cobra from the previous year and would occasionally meet him at the circuit. There amongst other things he would regale me with stories of the antics of a certain Carl Fogarty who would come to Grobnik for tyre testing with Honda and Michelin long after the circuit had ceased to be used for GP’s and World Superbike. It would appear that Foggy can party with the best of them when he doesn’t have his ‘race face’ on!

The best supported meeting of the year at Grobnik is a Sports/Racing meeting. Riders can run what they bring in different categories and there was everything from an old BSA 500cc side valve with solid rear and girder forks to the latest Aprillia sports bike. As you can imagine I was having a field day with my camera. When I came to the biggest team in the paddock it got even better! They were a bunch of enthusiasts from Italy equipped with ex-works bikes garnered from World Superbike paddocks! 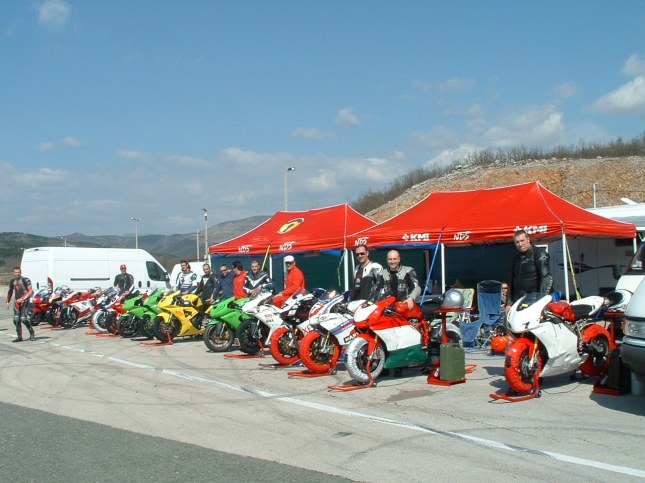 I was clicking away at this bike and that. Being Italian these guys automatically pose as the lens swings their way. After a while we got chatting and I happened to name drop as I do! Well it’s not everbody who has a World Champion in the making ride their bike at Daytona!

Next minute the world has gone crazy! Corks are a-poppin and the bubbly is – a bubblin —

Well my World Champion in-the-making was none other than our own Neil Hodgson who rode my Ducati Corsa 956 at Daytona and who some years later went on to win the World Championship  as a works rider with Ducati.

Recognition at last! It was as if I’d won the World Championship!

It was lunchtime and these guys race on their stomachs. Like good Italian girls everywhere the ladies had the pasta ready so we retired to the mess tent and got stuck in. 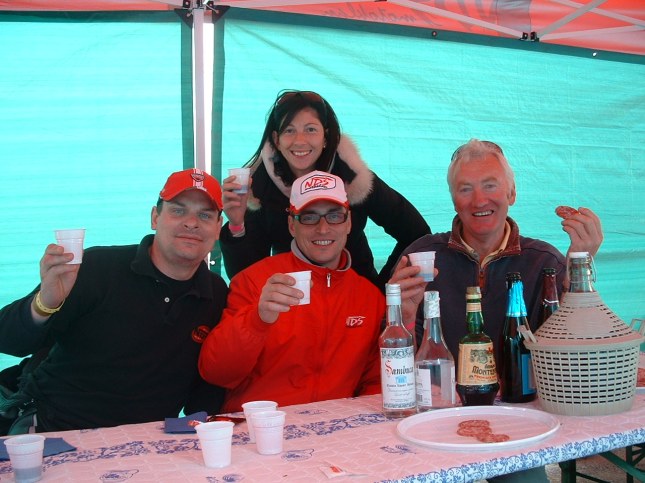 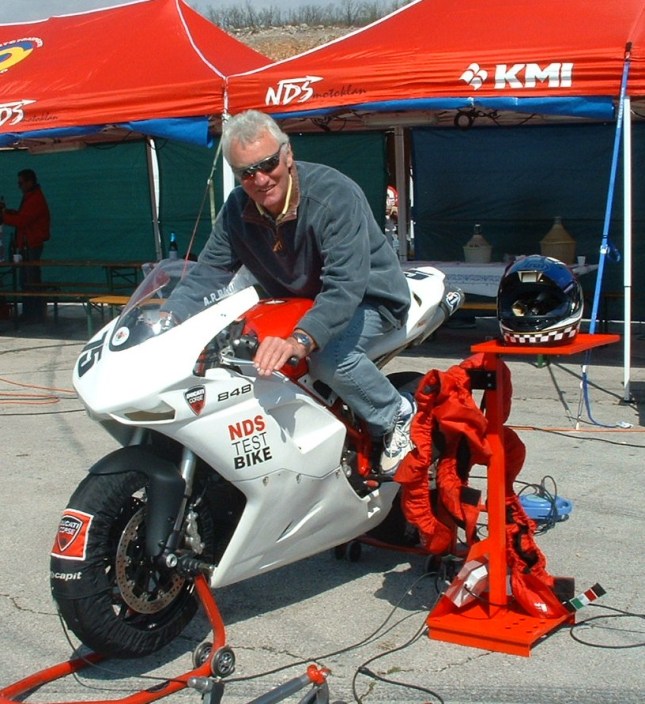 First off I tried it for size —

Racing Club and live with his grannie and her cow in her old stone cottage halfway up a mountain with a sea view through a hole in the wall.

Here on the left we have Cobra with the soft ‘C’ on his well prepared twin cylinder Norton in pole position for an earlier classic race. He is one fast rider and certainly knows his way round Grobnik.

With Zobra I would have to prepare and race my own bikes although he did say he would send a girl down from Zagreb to ‘do’ for me. By that I think he meant doing my laundry and teaching me Serbo-Croat although there might have been something lost in the translation.

With my new Italian team I could have all the pasta I could eat and all the wine I needed to wash it down – plus – I could ride their beautiful prepared 848 Ducati!

The clincher if it was needed was that the Italian lingo flows more easily off the tongue than the gutteral Serbo-Croat. 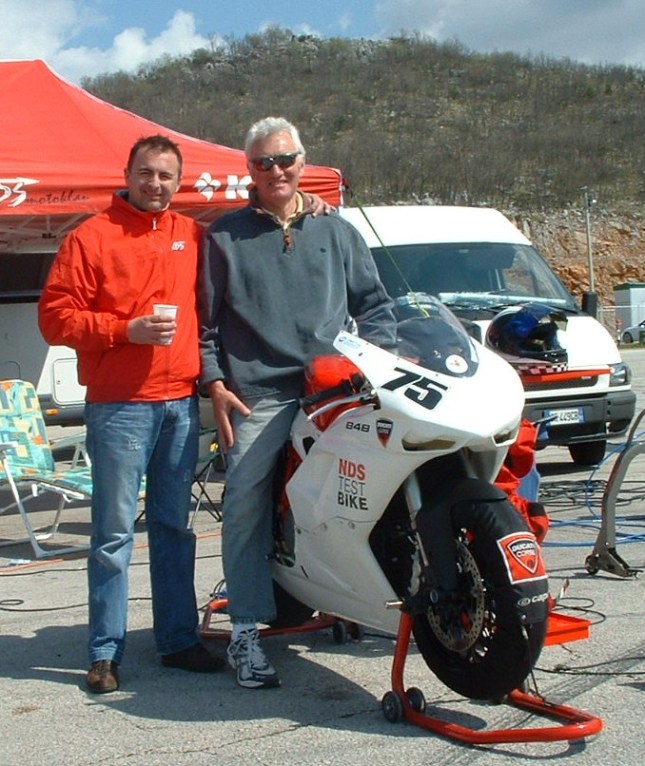 Bellisimo! Pass me the pen!!!

With lunch over some of my new team mates were thinking about getting back out on the track. 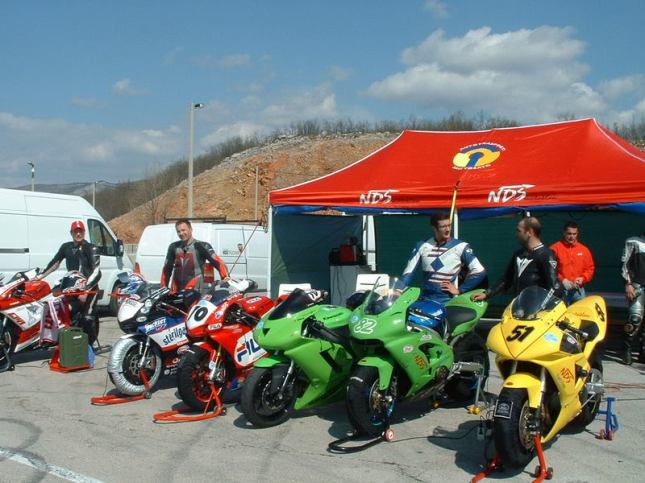 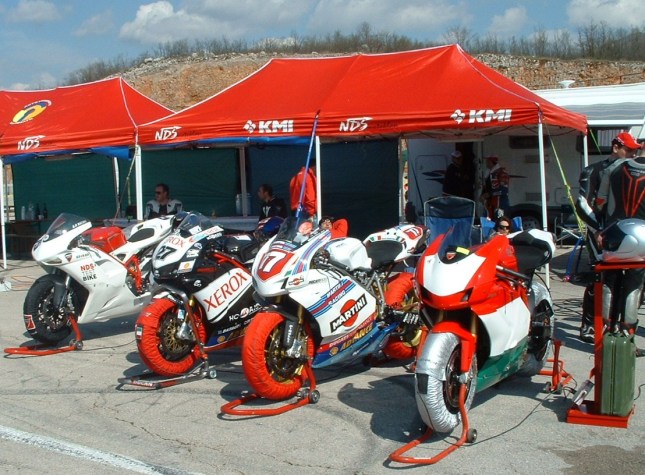 Posted by Don on January 8, 2013 in Uncategorized