RSS
← Tenere goes over the sea to Barra
Tenere on Berneray →

About forty years ago when my elder brother Jim was earning a living as a diver on civil engineering projects on the west coast of Scotland he would tell me about his escapades when towing a barge loaded with pipe out to the Isle of Barra at the most southerly end of the Outer Hebrides and laying it there.

It has taken me a long time to follow in his footsteps – reason being I’ve been kinda busy myself till now but I finally made it out there last year. I had the dubious comfort of a Calmac ferry and even that turned many of the passengers green so I can imagine there would be a touch of the Parahandy’s in that little tugboat. No doubt it would take much longer than the five and half hours that my ferry did the trip in.

But – he didn’t use the tug on every trip. His company had it’s own aircraft – a little push-me – pull-me twin engined device that may even have confused our resident Armchair Pilot. 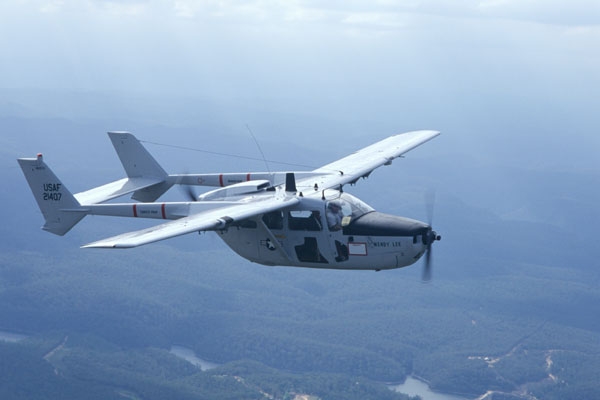 It had one prop in the normal place in front and another between the twin tailbooms to the rear – hence my description of it as a ‘push me – pull me’ plane. Jim was the first to tell me about the hairy landings on the beach on Barra. I have no doubt that over the intervening years many thousand of people have flown safely in and out of the island – especially now that there is a daily commercial flight with Fly-Be.

This is the approach road — 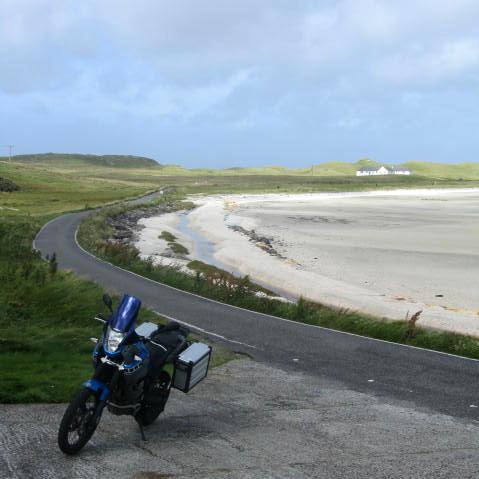 and the landing ‘strip’ – but only at low tide —

Here’s our plane coming in now — 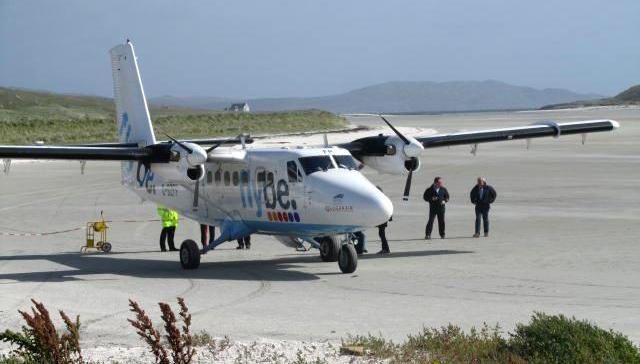 and off she goes —

I didn’t need the horizontal windsock to know that she was taking off into a howling gale! I came out of the tearoom with a mug of coffee and the wind spiralled every drop out of the deep mug before I’d walked ten paces 🙂

Ah – the otters! I spotted them chasing a fish when I called in at the deserted ferry terminal to check out sailing times as I was heading over to South Uist the following day.

Posted by Don on January 11, 2013 in Uncategorized

← Tenere goes over the sea to Barra
Tenere on Berneray →