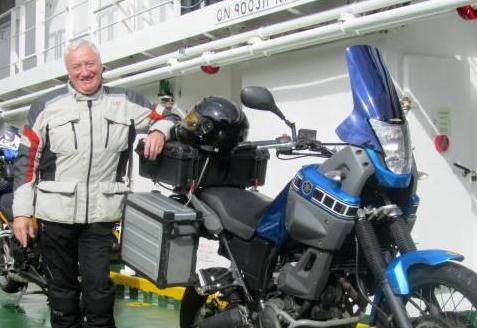 The day started out dry with bleak sunshine but it wasn’t long before I caught up with the black clouds as I followed the only road north and soon the heavens opened. The rain was of monsoon proportions and much of the single track road was flooded with whole hillsides on the move as water poured off in torrents.

I have a habit of cracking on in these conditions and ‘crack on’ I did. All the way to the northern ferry terminal at Lochmaddy hoping to get the afternoon boat to Skye thinking I might find more comfort on the mainland. Yes I’d had enough of the extreme conditions and was soaked through.

But – there was no way off the island as it transpired that the ferry was broken down over in North Uist and wouldn’t arrive in Lochmaddy till the following day at the earliest. To make things worse – every spare bed had been booked for miles around as the annual lamb sales should have been taking place that very day. The ferry breakdown left the buyers stuck over on the Isle of Skye and the unsold lambs were being removed from the pens and put on pasture till things got back to normal.

There was nothing else for it but to climb back on the bike and head out of town with the hope that I would find a bed for the night at an outlying croft. More by luck than good judgement I found myself riding over a causeway to the Island of Berneray where a roadside shop-cum-restaurant was open. The helpful chef-of-all-trades phoned his friend Gloria at her B&B over the hill and she was able to take me in. Phew – Saved! 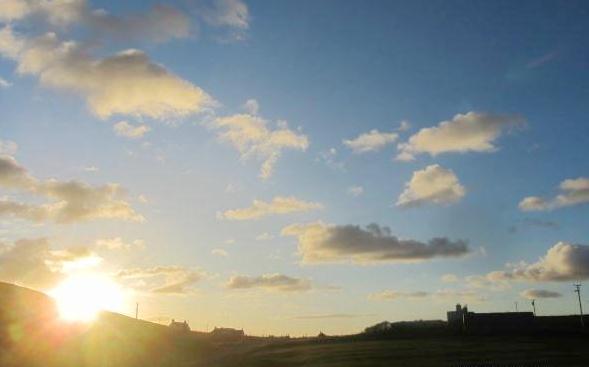 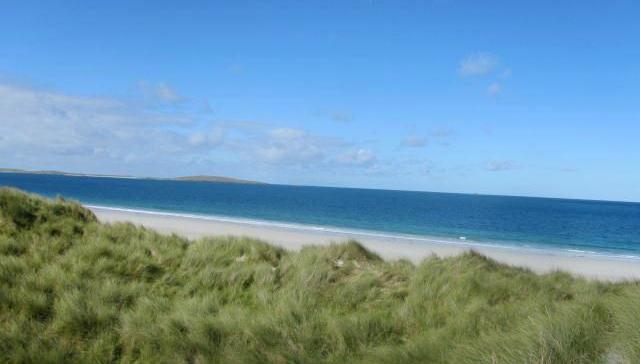 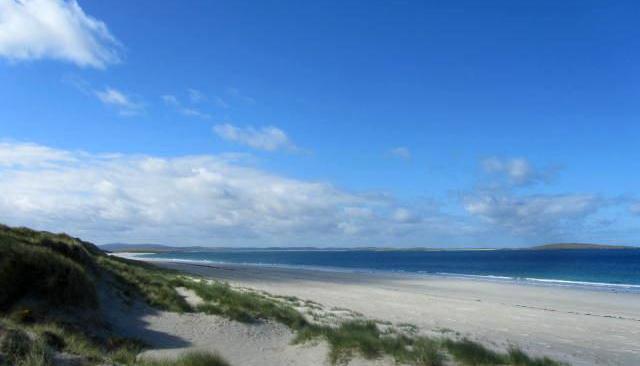 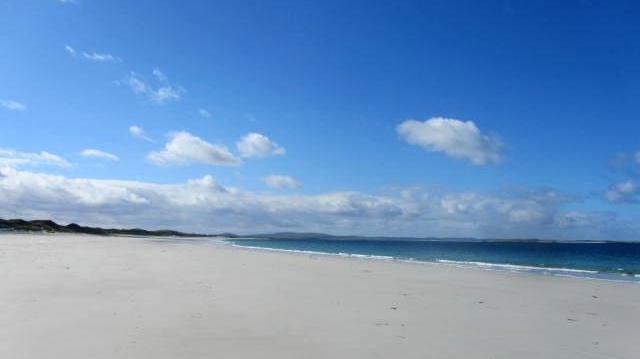 with glorious views to the mountains on North and South Uist — 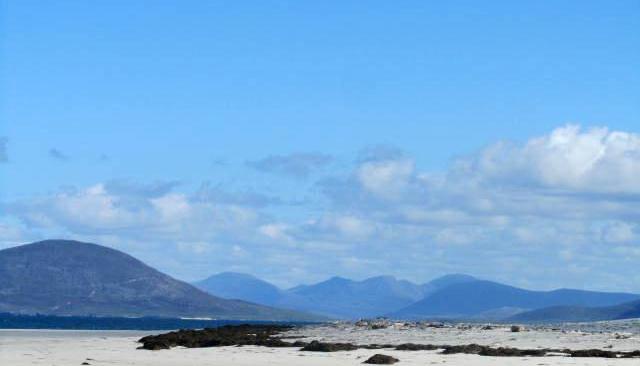 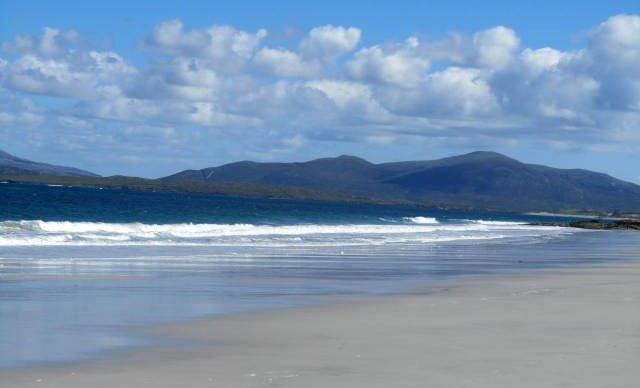 I even found an old boat buried in the sand — 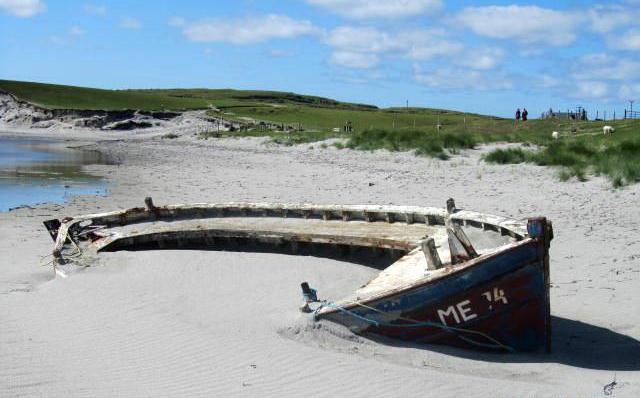 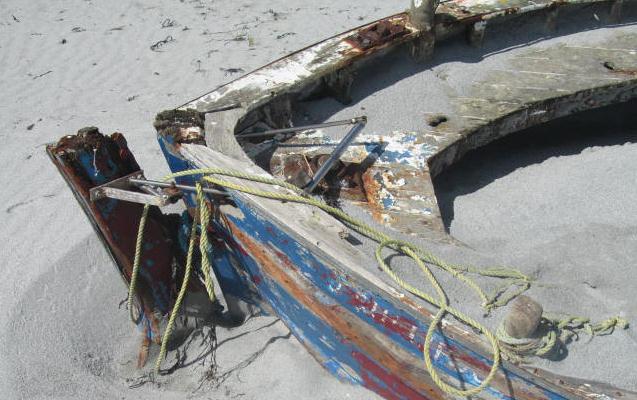 I stayed three nights with Gloria before heading south again to Lochboisdale for the boat to Oban. It seemed that every time I took to the road torrential rain would greet me there and I was glad to get out of my wet clothes and under a hot shower in a hotel room soon after berthing in Oban close to midnight.

Again this is a re-write of my original post but I’m so pleased I found more photos of this beautiful island. If I hadn’t seen it with my own eyes I would have had difficulty believing we had such a beautiful coastline in Scotland.

The Beaches of Berneray

Posted by Don on January 12, 2013 in Uncategorized