RSS
← Tenere on Berneray
The Arrival of the Argonaut →

A walk by Loch Ken in November 2011 which I have resurrected from a spoiled post. I’ve been up there recently and there are no geese to be seen – very strange.

I made a slow start to the day and took it easy for most of it. No I didn’t go to church – I just took a photo of it on my way to Loch Ken Nature reserve. 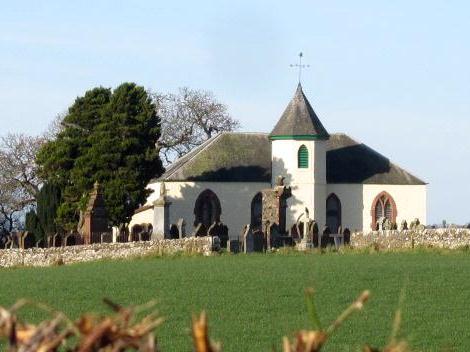 There are usually lots of Red Kites along here but today only a solitary one. I missed the pic when the kite crept up behind and flared above me. What a photo that would have made if I had the presence of mind to grab my camera instead of the binos! He was gone into the sun before I got my act together. Numpty! 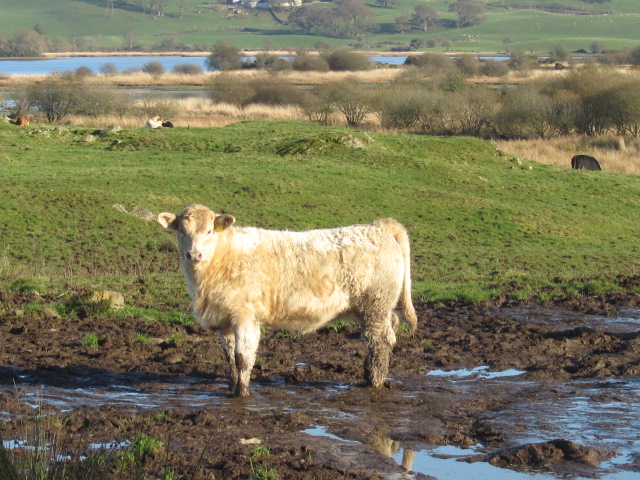 Cattle are easier to photograph – especially if they are bogged down amongst the mud and they think I might be bringing food. 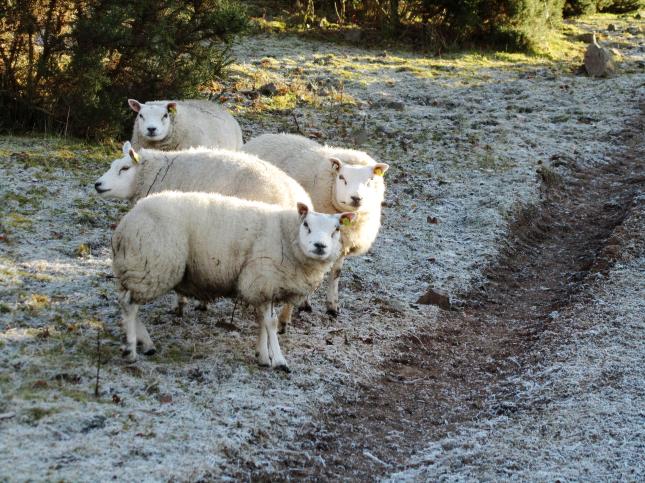 Unless they are black and white sheep who find their own — 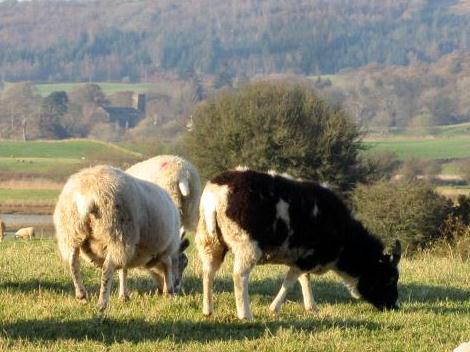 It was lovely in the sunshine. I had spotted a highly coloured Jay while I was driving in as it flashed across the road between two woods and thought I might walk back and try for a photo. The other direction towards the hide can be pretty dull at this time of year and there is little chance to view the loch until you are in the hide.

No Jay but I did find some geese — 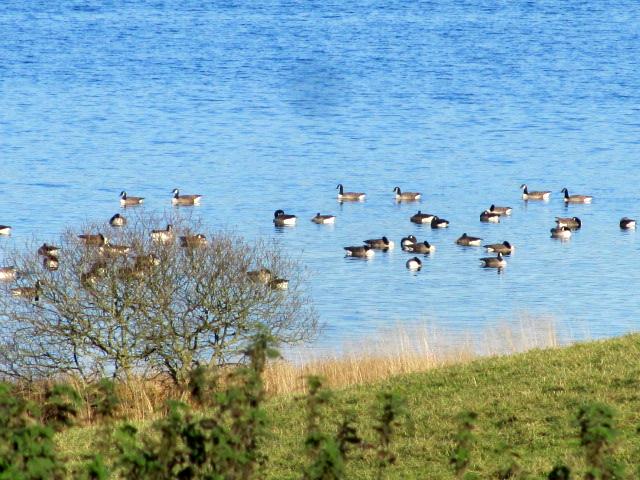 and an old dingy on the bank — 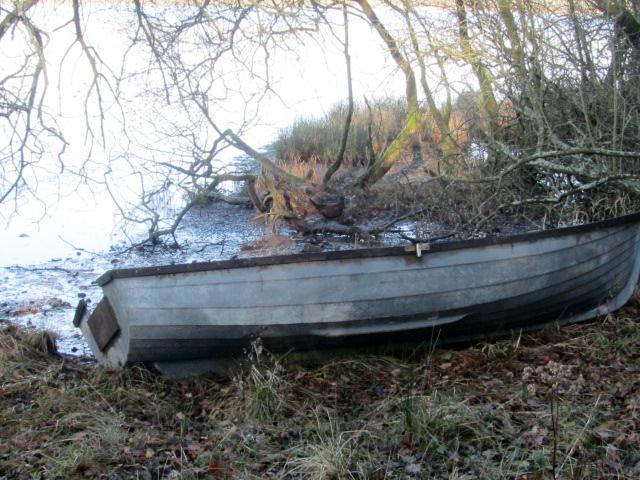 It wasn’t long before I found the perfect spot to have my picnic lunch with views back over the loch to my geese who were going through their repertoire of goose noises. 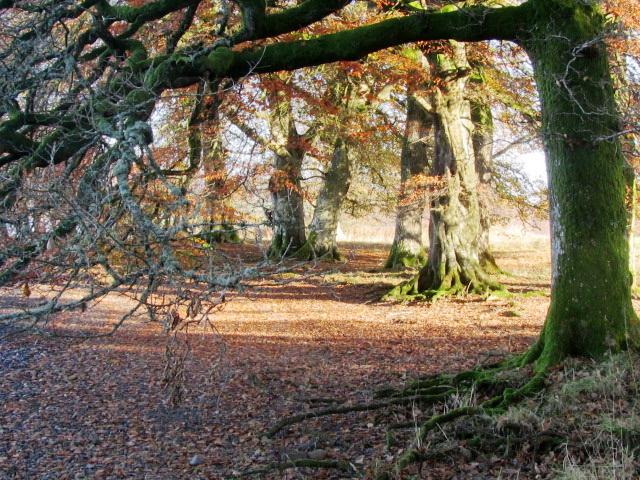 I made myself comfortable in the sun on that second root along and listened to the songs from the geese. There was an occasional backing rip of a four cylinder sports bike on the main road across the loch as the rider geared up and down between the bends but for once I didn’t want to change places with the rider. 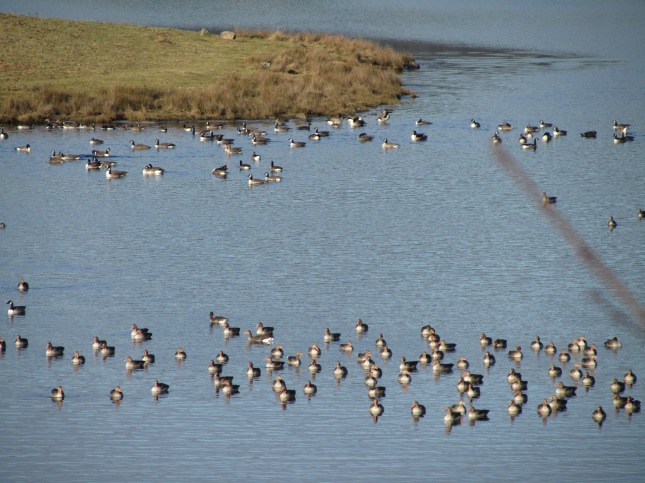 The gamekeeper had also been ripping it up a bit as he charged here and there on his quad bike feeding the many pheasants and he had company with his under schoolage son perched in front of him and waving to me as they passed. There’s nothing like starting ’em young. 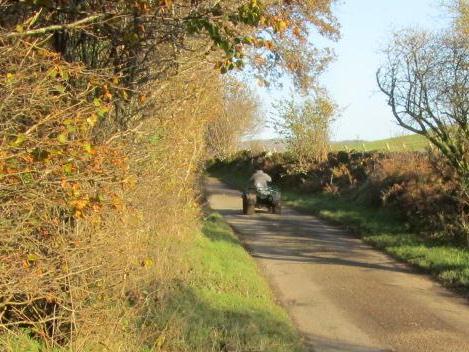 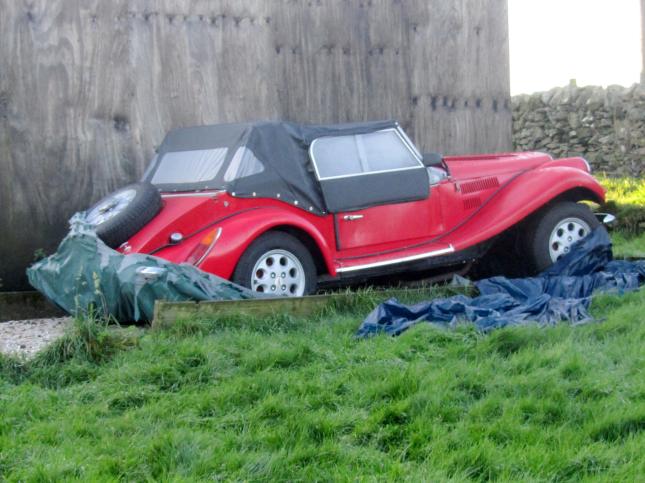 ← Tenere on Berneray
The Arrival of the Argonaut →