RSS
← Snow on the Merrick
Tenere on the SW Triangle →

There are a few Holy Islands as the early Christians saw them as reasonably safe havens from where they could spread the good word. My Holy Island today is in the north of England just off the Northumbrian Coast.

The ruined Priory of Lindisfarne was started by St Aidan who came to Holy Island from Iona in 635AD. No doubt like most of the day trippers such as myself he had to wait by the causeway for the tide to ebb so that he could walk (or drive in my case) over to the island. 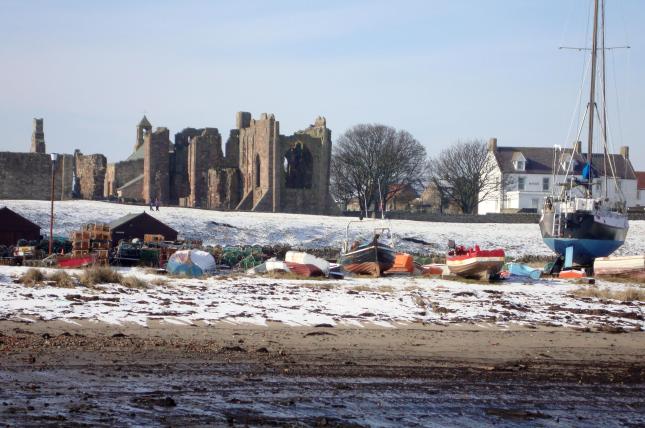 While I was there several people were waiting to greet a chap who was due to finish the walk from Iona to Holy Island in memory of St Aidan. I believe the plan is to create a Long Distance Trail over the route so look out for a Pilgrim’s Way or St Aidan’s Way cutting across central and southern Scotland sometime soon. 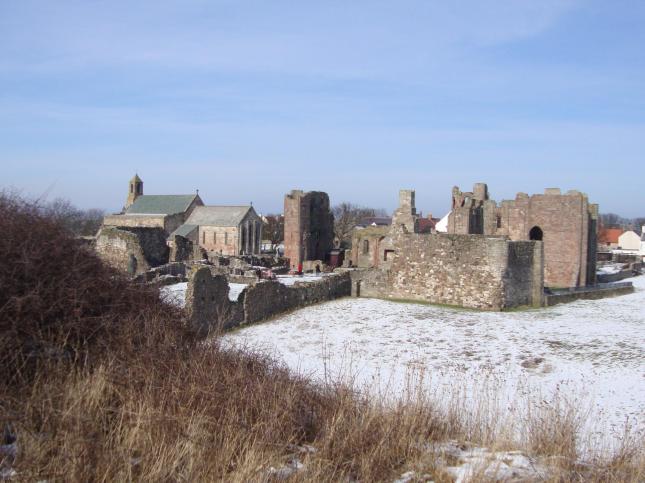 The lobster creels were being made in sheds by the beach. The interesting thing about the sheds was that they were formed from the wooden hulls of upturned wooden fishing boats which had been cut across the middle to form two sheds from each boat.. 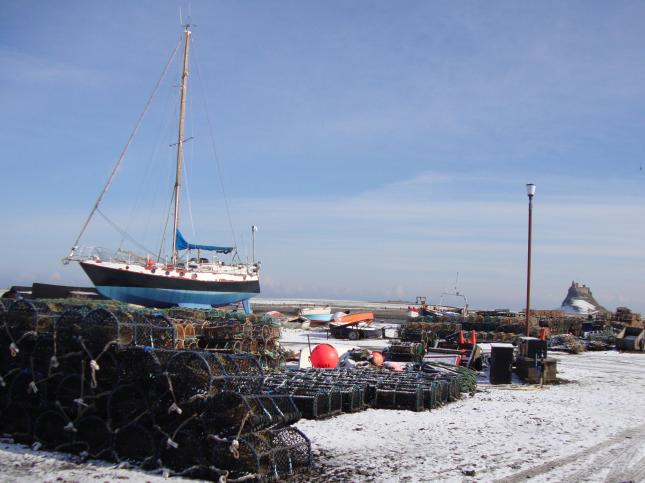 The castle in the distance is Lindisfarne Castle – built around 1570 using stones from the old Priory which was in decline by then. The castle was put to many uses in it’s lifetime before being bought by Edward Hudson, owner of Country Life magazine who employed Sir Edward Lutyens as architect to convert it into an upmarket holiday home.

The island is well worth a visit even if it is just to walk round the coastline. Our Barnacle Geese overwintering on the Solway Firth each year have been tracked to Holy Island on their way back to breed in the Arctic Circle. It was estimated just prior to my visit that around 70,000 geese were on the island eating the precious grazing while they waited for the weather to improve and let them get on their way north to the artic circle to breed.

Many of them left on the day that I was there  – must have been something I said!

← Snow on the Merrick
Tenere on the SW Triangle →