RSS
← The Shearer Trophy
A Visit to Elrig Loch →

Galloway’s Ring of Bright Water – a romantic notion perhaps but it has it’s roots in the early years of the prolific Scots author Gavin Maxwell who wrote the million sales best seller and spent his formative years in Galloway.

Not only did the book bring fame to Gavin it also spawned a film by the same name starring Bill Travers and Virginia McKenna who were later to star in ‘Born Free’ – the story of a lion cub reared as a household pet in Kenya.

With our resolve strengthened by our short visit to the ten day Book Festival we head out across the wilds of Wigtownshire proper to find the beaches where Gavin had played with his first pet otter. After a ‘concentration’ of the minds over two Ordnance Survey maps we fortuitously find ourselves on the headland above Monreith Bay where we find the first signs that we are getting close to our goal. 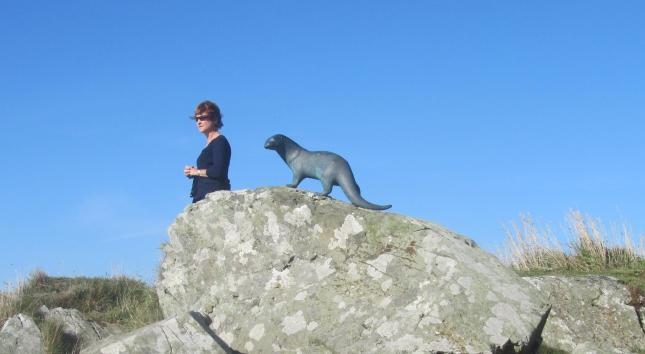 A well cut path through brambles and bracken beyond the headland took us down past the overgrown ruins of Kirkmaidens Church which has been a scene of worship since the early years of Christianity in Scotland. With St Ninian’s Cave just a few short miles down the coast and Saint Ninian himself being credited with bringing the religion to the Scots it could well be one of the oldest Christian churches in the country — 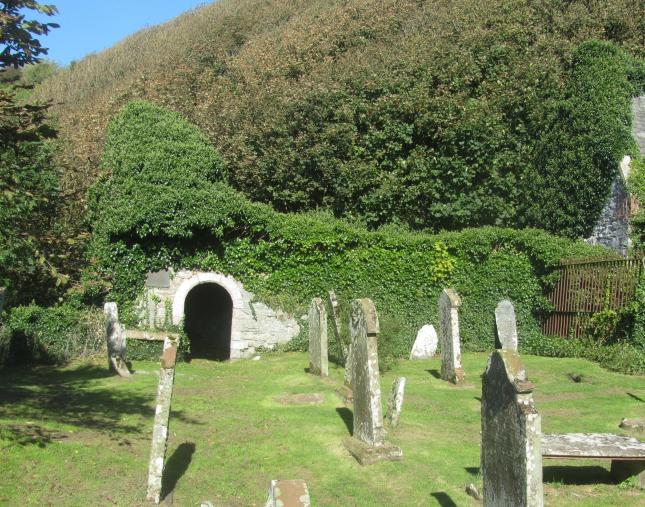 Next stop was the beach where we disturbed the Solway Croc from his slumber on the sandspit. Lucky for us he is a toothless ol’ fella and was easily subdued by Crocodile Larglea — 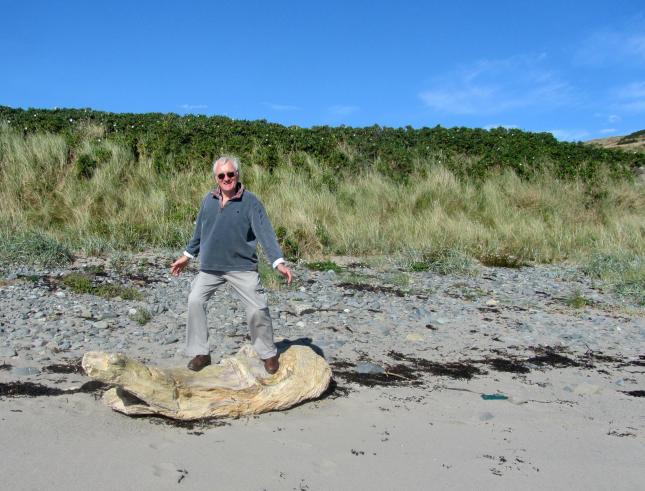 Where the tide was out – but the bay with it’s inquisitive seals plus tree and bracken covered cliffs is a haven for bird life of every description despite the attentions of a large member of the hawk family. Too big to be a kestrel but with similar colouring and very energetic in his flight pattern. 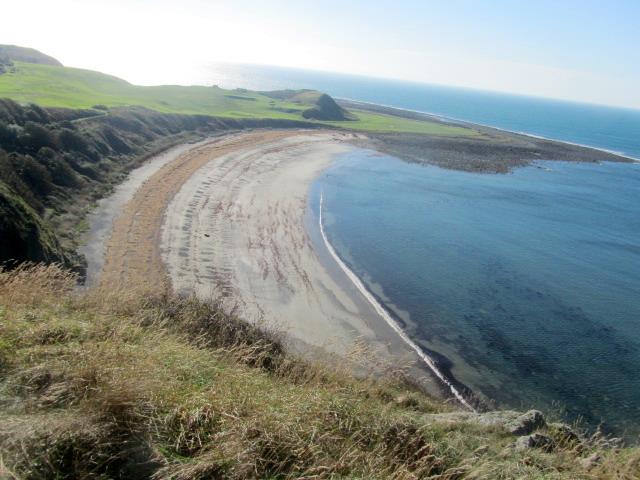 and – what’s with the stick?

← The Shearer Trophy
A Visit to Elrig Loch →