A Visit to Elrig Loch

After spending the best part of Sunday morning on Galloway’s Ring of Bright Water at Monreith Bay where we looked for clues as to what made Gavin Maxwell tick, we moved inland on our quest to find his ancestral home.

Elrig House was built for Gavin’s father and completed only two weeks before he was killed in 1916 at the Battle of the Somme. Gavin was two years old then but it’s the construction of this massive pile that interests me.

The only access across the moss below Elrig Loch is a narrow single track causeway and with no materials available on this remote site below Mochram Fell presumably every single piece of house had to be transported by horse and cart from the nearest railhead. Even without the building work and accommodation needed for the large contingent of workers involved this must have been quite an operation. No doubt the seventeen thousand surrounding acres owned by the Maxwell family helped sweeten the pill.

To the west of the house a path leads across the fell to Luce Bay and is part of the twenty five miles long Pilgrims Way which connects The Southern Upland Way near New Luce with Whithorn Priory. An old church dating from the Dark Ages aptly named Barhobble Church lying just outside the grounds of Elrig House is thought to be a rest station for pilgrims on their way to and from Whithorn Priory.

The relatively recently excavated remains of Barhobble Church under inspection — 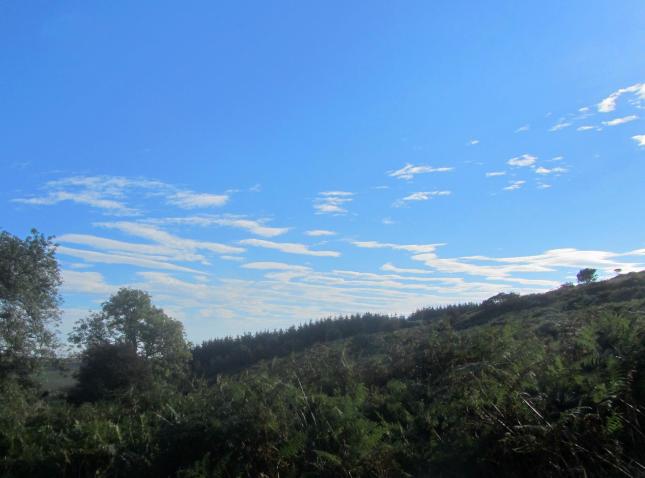 Such a lovely place —

There’s a boat by the jetty at the top end of the loch should you wish to visit the crannog that sticks it’s head above the water out there. But – on closer inspection there was just a little too much water in the bilges for comfort —

so we settled for the view from the wooden jetty instead — 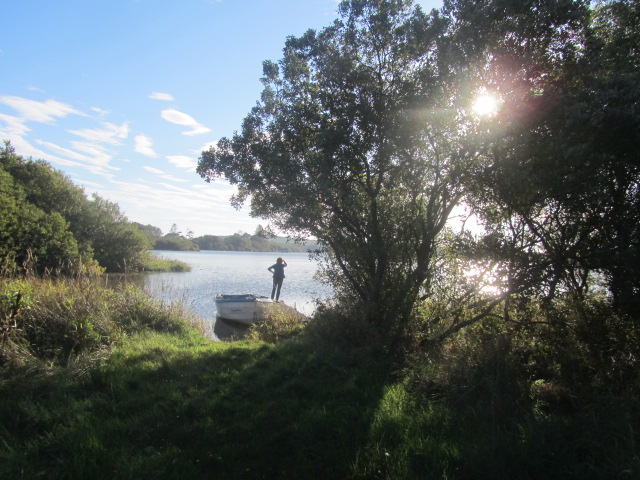 There was a time when I would have said of the neighbouring cottage, ‘I can rebuild it’ but not today — 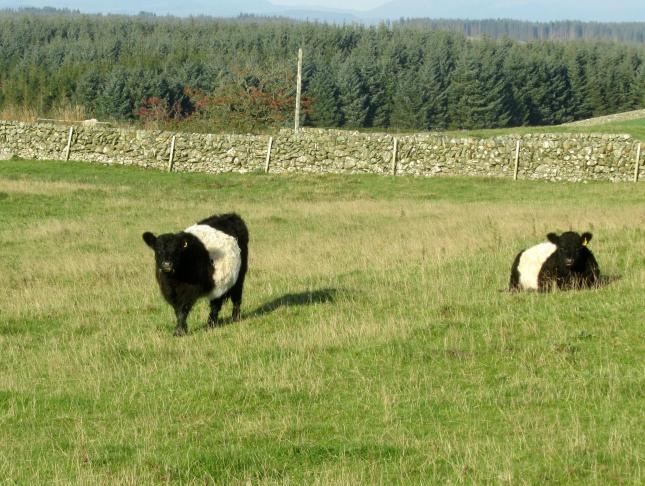 before heading for Portpatrick to watch the sun go down over the Irish Sea and enjoy the finest seared king scallops on crispy black pudding at a waterfront restaurant. 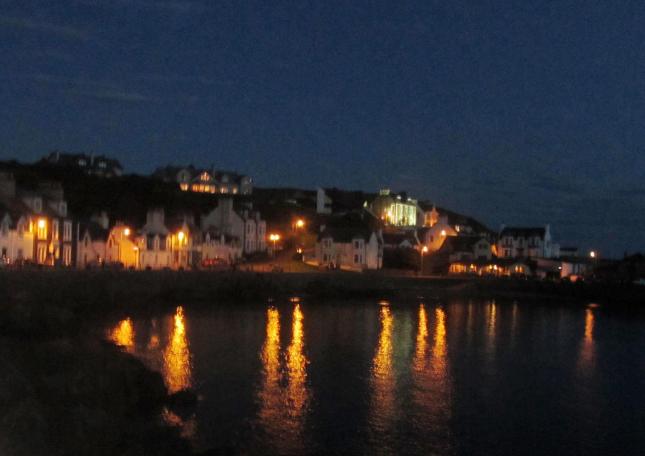 The drive home in the dark had it’s perils when the first roe deer with a death wish came dithering in front of the car as we left the lights of Portpatrick. We were to encounter another seven or so of it’s kami-kazi relations wandering the roads at different junctures on the way back but I’m pleased to report that they and the car remained unharmed.

A Visit to Elrig Loch