Holy Hailstones! Sounds about right. I watched Lewis just do enough to win the Barcelona FI GP for Mercedes before I slipped into leather jacket and jeans for a trundle wherever the sun was shining. 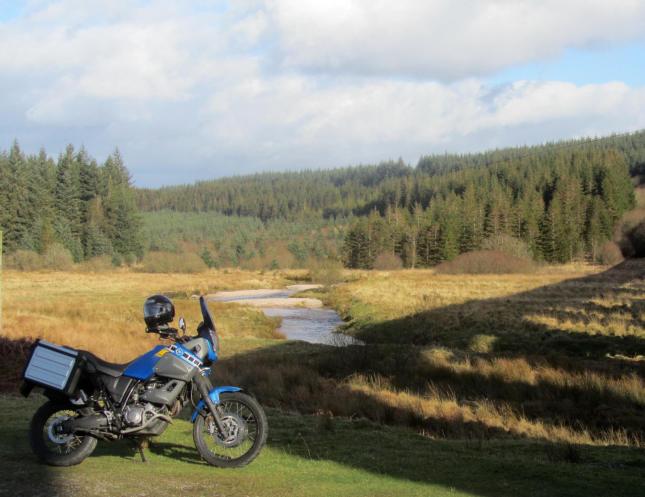 There were black clouds round the Galloway Hills but enough blue between them to take me all the way to the old viaduct before the first drops of rain appeared on my visor. It was a case of hauling the wet weather gear out of the panniers or back-tracking and following another gap in the clouds to the ancient ruins of Anworth Church. I chose the latter — 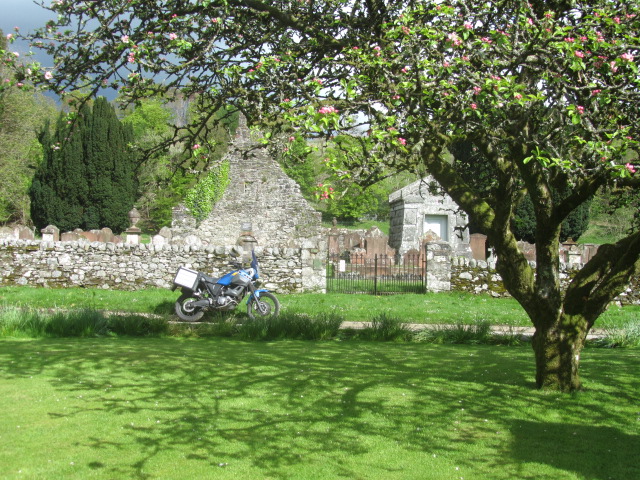 I quickly snapped the cottage across the road and gave the Ten her head for home hoping to reach the coast before that cloud did. It was a dead heat!

I caught the edge of the hailstone shower on the hill above town but managed to park the bike and get indoors just as things got serious. 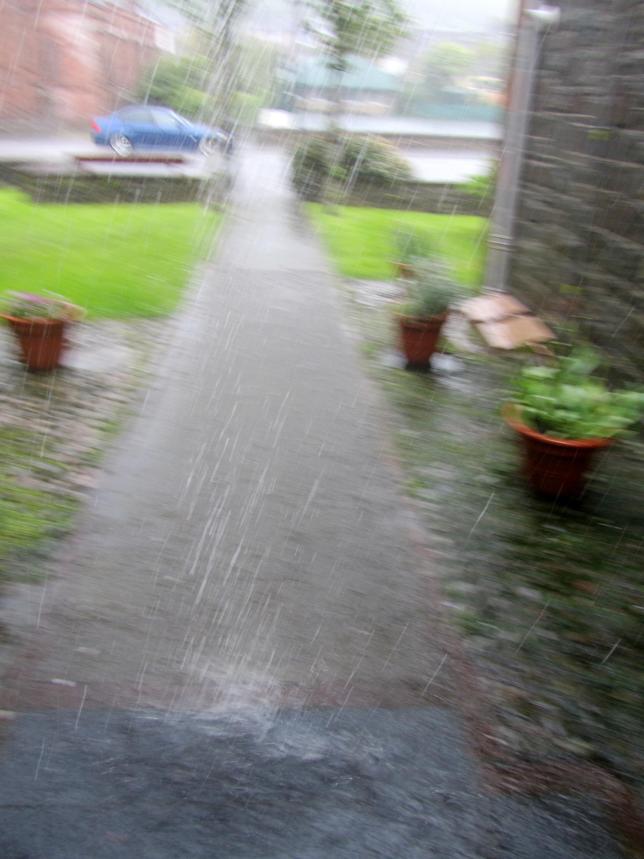 Anworth Church was built around the year 1600 in time for the trouble and strife brought to the region in the name of the Covenanters. It was used as a place of worship for approximately 200 years till 1826 when the current church was built about a hundred yards along the road.

A famous minister at Anworth Old Church from 1627-36 – the Rev Samuel Rutherford must have done something wrong and found himself banished to Aberdeen. Strange as it may seem – I have come in the opposite direction from my birthplace in Aberdeenshire to Anworth almost 400 years later.

Here I am pictured with my dad when he returned after four years of war in 1946. I was a very shy four years old and I doubt if I had any idea who he was – never having seen him before 🙂