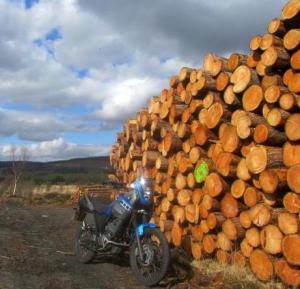 Phytophthora Ramorun – more than a mouthfull – and so it should be.

PR for short – is responsible for the upsurge in forestry operations in the Galloway Forest Park leading to the closure of some of the cycling trails and the general increase in heavy trucks needed to transport the cut logs to the sawmill.

There are no half measures with PR as it is the deadly fungus that has infected the majority of the larch trees in the massive Galloway Forest and the only answer appears to be to takeall the larch out.

A bridge closure had me marooned in the garden behind the Tea Room up at Carsphairn earlier today.

There being no demand for newspapers in Carsphairn – and – to help the latte go down – I picked up the 2015 free edition of the Galloway Ranger instead. All is revealed therein. 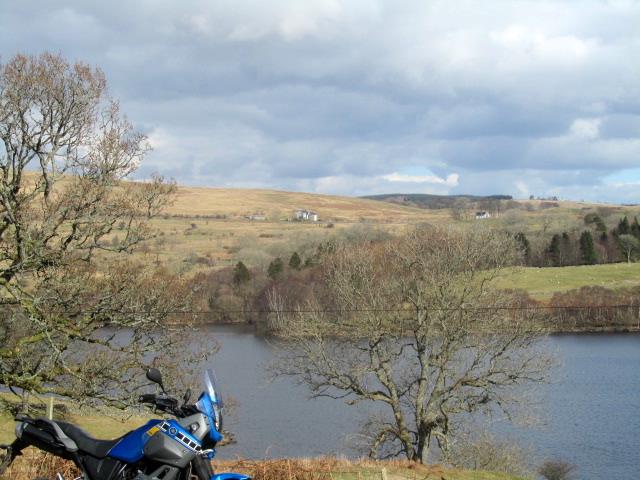 If left to do it’s nasty work the fungus causes the tree tops to dry out and they are liable to come down on the unwary.

Early harvesting defeats the fungus and saves the resinous timber for a variety of uses such as chalet building and other outdoor artefacts. 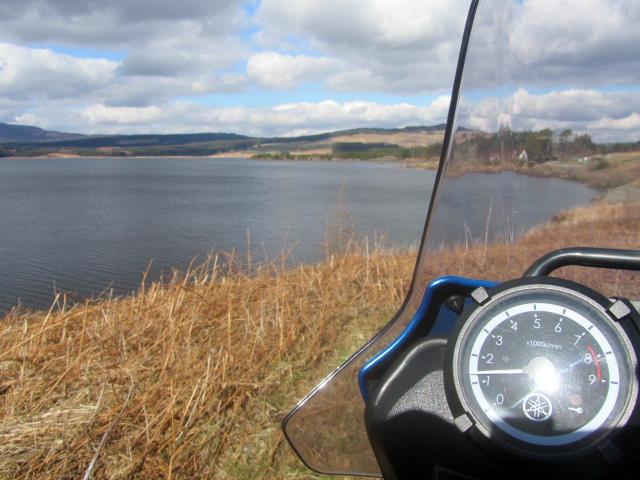 Apparently the sawn timber carries no risk of the diseased spores spreading but as usual the UK is lagging behind and believe it or not – China is the main beneficiary of this glut in forestry products. 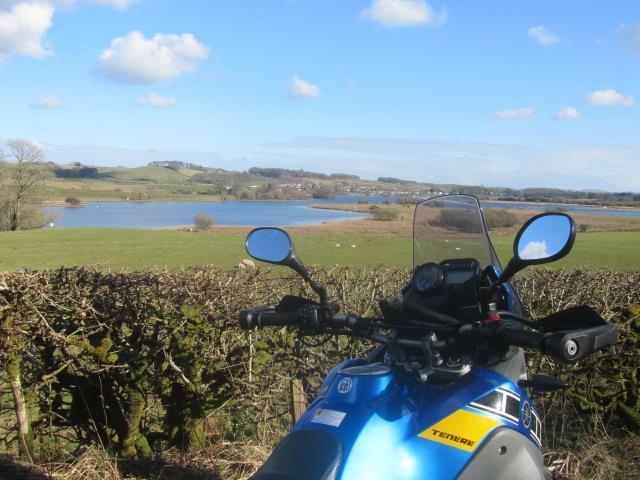 While we burn the needles and bark as bio-mass fuel in our power stations. 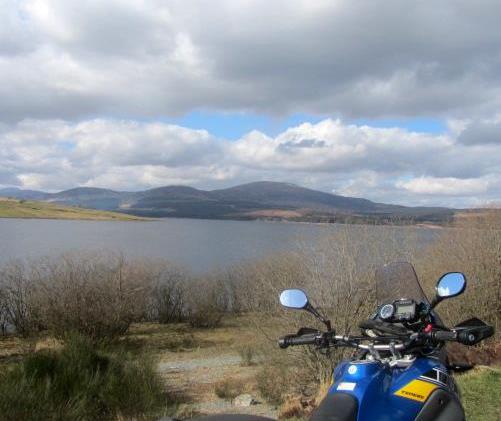 Why is there no immediate re-planting? The felled areas are to be left fallow for three years to reduce the risk of re-infestation. 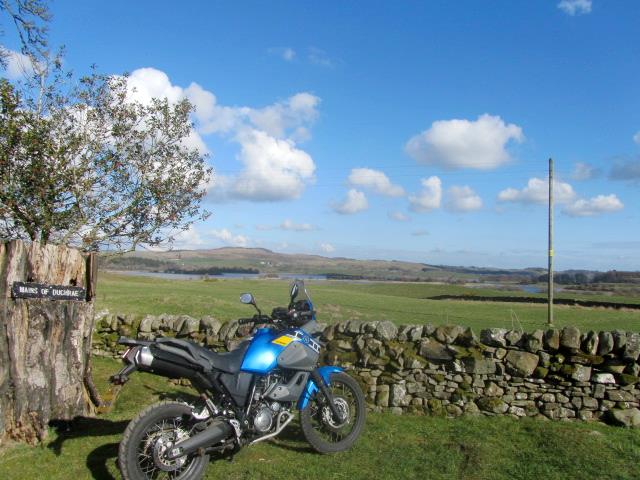 After three years re-planting with a mix of conifer and broadleaf species will in time change the area for the better by creating a more natural looking forest for wildlife and visitors to enjoy. 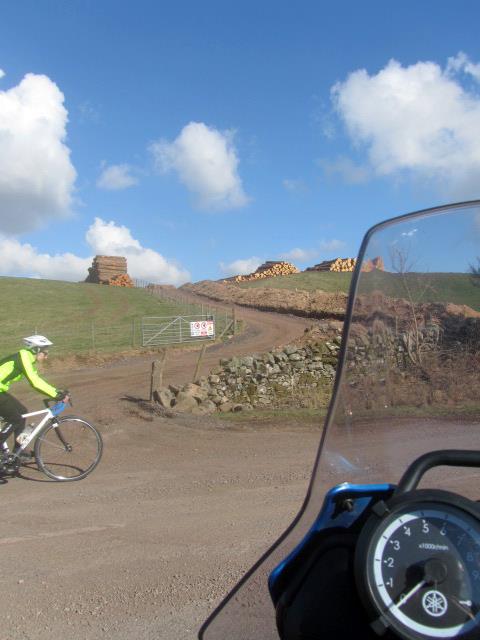