RSS
← Assault and Battery by Pan
ST1100 Catches the Sun →

The Pan has come alive at last. Just a few clicks here and there on the rear shock has made such a difference. She is no longer behaving like a half-dead slug and is now kicking up her heels like a frisky teenager. 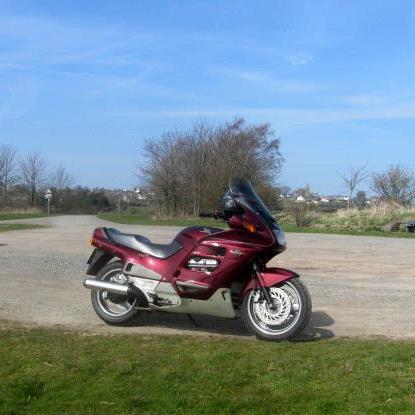 My first move was to reduce the rear damping which helped but handling still wasn’t that great and when the centrestand grounded on a bend on my way up from Wigtown I thought ‘more needs to be done’.

A coffee stop by Clatteringshaws reservoir saw me shake the toolkit out on the grass and luckily there was a ‘C’ spanner so I stiffened the spring a notch. Compression is now one click away from maximum preload and the damping ended up half turn from Fully Hard. Probably as good as I’m going to get with that old shock – but at least the bike is now rideable.. 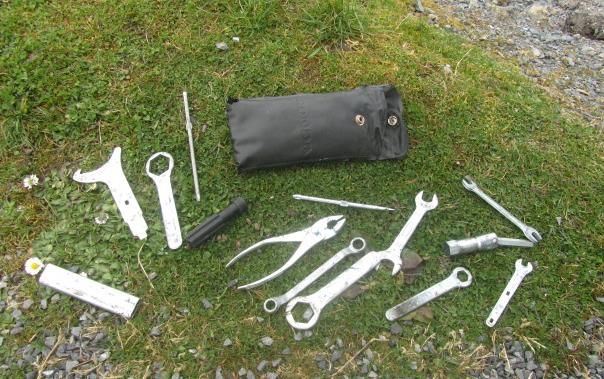 By this time my mate Phil had appeared from somewhere with his new for 2015 – all singing – all dancing – water-cooled BMW 1200GS. Phil was on a late shakedown ride before shipping his bike off to Spain for a thrash round some of the best twisties in Europe with the BMW Owners Club.

Who ate all the scotch pies? I confess – it was me. That will be another click on the rear shock 🙂 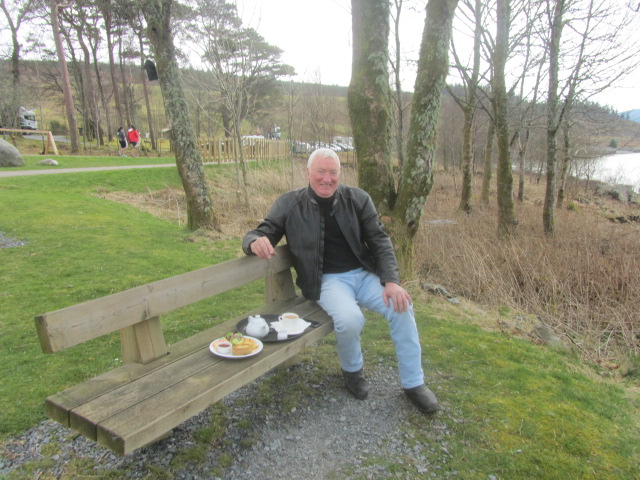 We also have some of the best twisties in Europe here in the south-west so it was a no-brainer to test my new settings with a blatt along the challenging Queen’s Drive to Newton Stewart – stopping on the way to check out the wild goats. 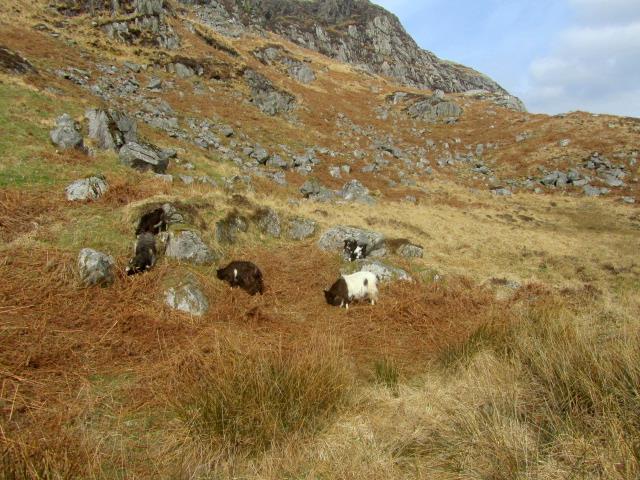 There were a few new kids on the block and views to take in. We enjoyed it so much that when we reached Newton Stewart we turned around and did it all over again. 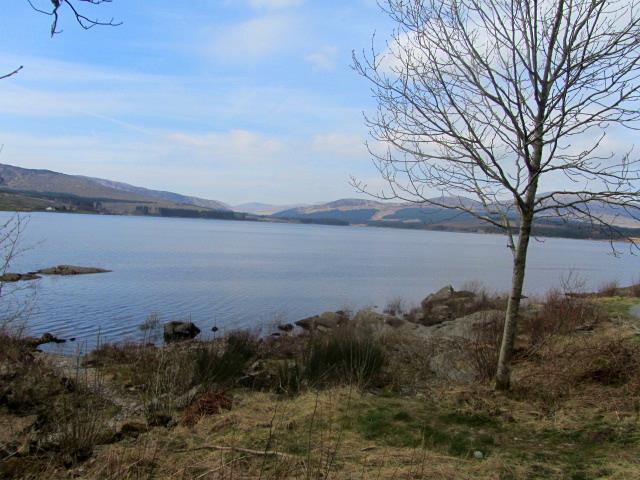 A note on the tyres: They are a matched – wornout pair of the original Bridgestone Battleaxe 020’s. That means they are probably twelve to fifteen years old – at least.

I had them on my first XJR around 2001. Although the rear was as good as any at the time in the early days of dual-compound tyres. The front just wouldn’t work for long on a heavy bike. Especially when they are well worn like the front hoop on my Pan.

No worries – I have a set of modern tyres on order. The 020’s will get their just desserts and go for recycling next week.

There goes the holiday money 🙂

Posted by Don on April 8, 2015 in Uncategorized