Winding the clock back here – with H away putting her two wee grand daughters on the plane to Japan my empty head swings to motorbikes. Little motorbikes. Back in the late sixties – early seventies I lived at Siavonga on the shores of Lake Kariba with my friends Jack and Beryl Canty —

Now Jack was a big burly fella with a crewcut – shorts n flipflops while Beryl was a wee slim thing who lived in her swimsuit – easily done in such a balmy climate where life revolved around the swimming pool. Honda Monkey bikes were in their infancy back then and my abiding memory of Jack was of him riding his tiny 50cc Monkey Bike around his property out on the peninsula —

There she is – the little 50cc fourstroke. I’ve no idea how Jack got it to Central Africa – no doubt the crate was labelled motor spares or machine parts but he managed it. 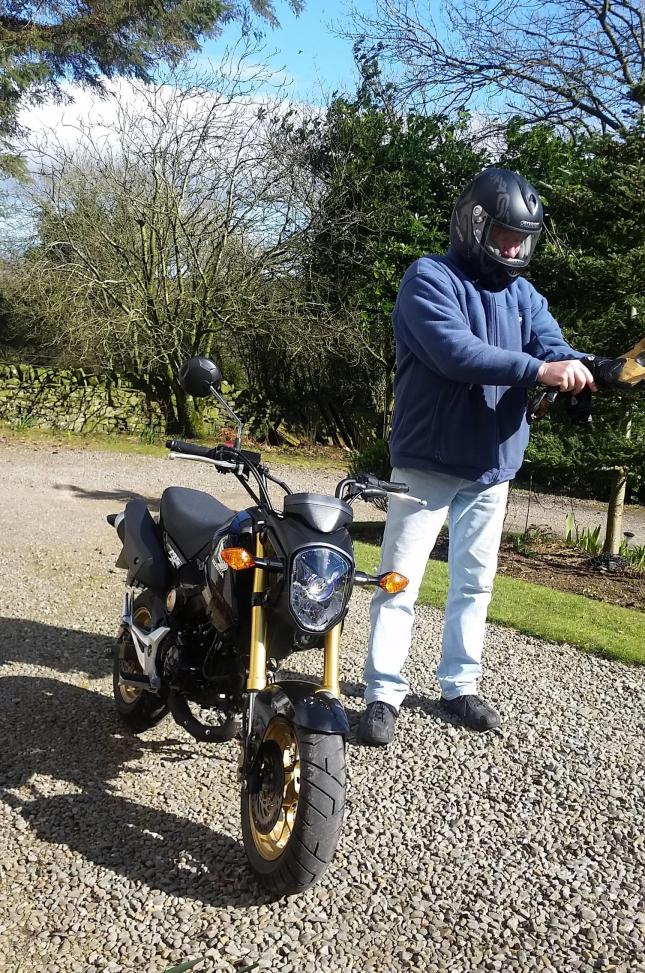 Posted by Don on September 12, 2016 in Uncategorized