First ferry Friday morning and the Pan and I were Edinburgh bound. Having listened to enough of my moans and groans after riding the 850 lbs Pan European rising to over half a tonne two-up over our greasy west coast roads – Helen took the bull by the horns and bought us something more suited to our current situation.

The trip south had been uneventful apart from a run-in with a Range Rover being driven at cycling pace who took exception to being overtaken by a motorcycle and did his best to deliberately put me over a roadside hedge. Thankfully the big V4 in the Pan had enough grunt to get me out of that situation unscathed – it will be interesting to find out if opening the throttle on the 650 ‘strom v-twin will be an option in similar circumstances —

Only one way to find out and that’s to ride. I left the Pan at the Suzuki dealer in Edinburgh to have a new pair of Bridgestone boots fitted and headed northwest to rendezvous with H who had been walking in the hills above Loch Awe —

The expression – ‘awe’-struck couldn’t have been more apt as she had watched two Golden Eagles circling the hillside above on her walk which was to take her behind the mighty Ben Cruachan. Their presence probably compensated for the soaking she got in a brief burst of torrential rain on that remote hillside trail —

A lively night with Crackin Craik in the Ben Cruachan Inn – formerly ‘The Tight Line’ – the scene of a sore head or two for me in days of old. A belt-tightener of a breakfast the following morning had us checking the weather apps on our mobiles for bright skies in any direction to let us enjoy our first ride on the new ‘strom two-up — 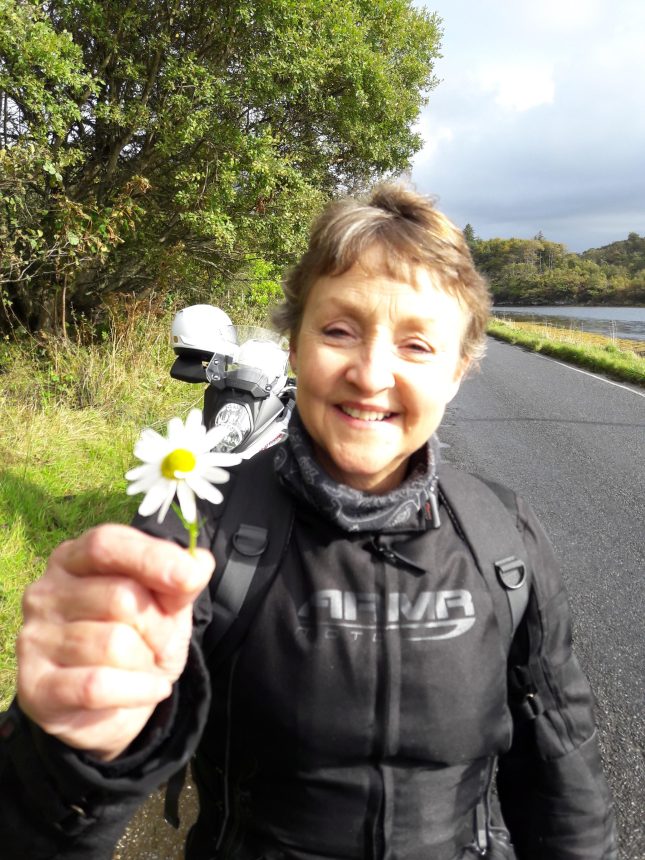 as she presented me with her first flower of the day —

having a spotted an otter or was it a beaver surfacing and two herons on a nearby island during a brief stop in the uppermost reaches of Loch Sween on the way down.

Yes – there are beavers alive and well in the Knapdale forests — 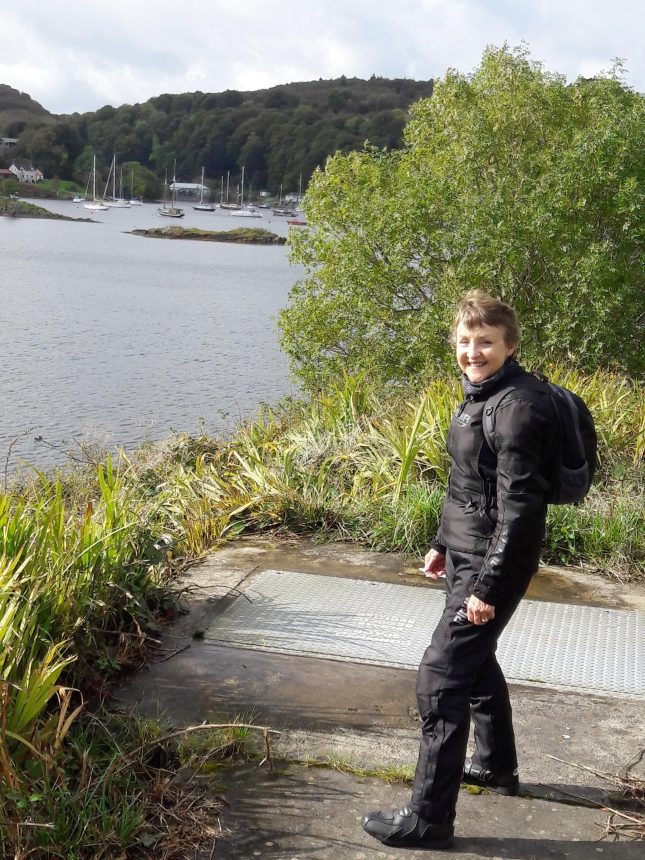 The view from the virtually deserted deck isn’t bad either —

but someone is sorely in need of that coffee —