A few years back I had a big workshop with not-a-lot happening in it. Modern bikes are pretty reliable and unless you are using them for something they weren’t mean’t to do they don’t take much spannering. Yes winter boredom had set in and I fancied a project.

A ‘friend’ spoke of an 1984 Yamaha FJ1100 ‘going cheap’ that would make a good project – especially with my long interest in the Yam XJR1300 which uses the same motor. I found my FJ in the middle of a D&G forest and of course paid too much for the bike which had been shut in the guy’s logshed for a number of years. She started up with the aid of a set of jump leads as the battery was duff and on the whole she didn’t look too bad.

Wiring? it’s all there —

Sixteen inch rims on the FJ —

with big fat tyres to compensate — 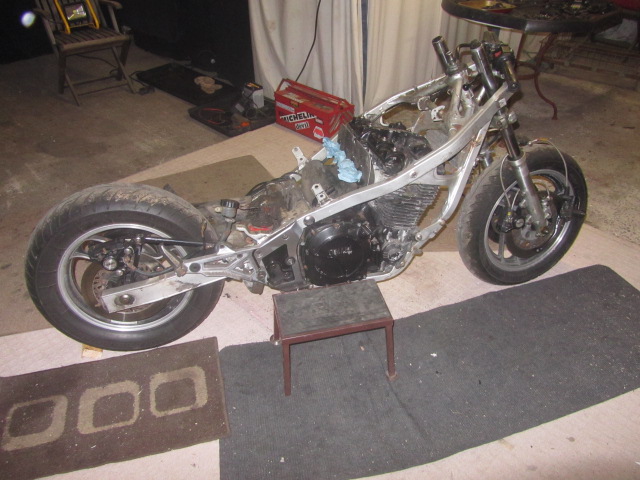 She originally came out as top of the range sportsbike — 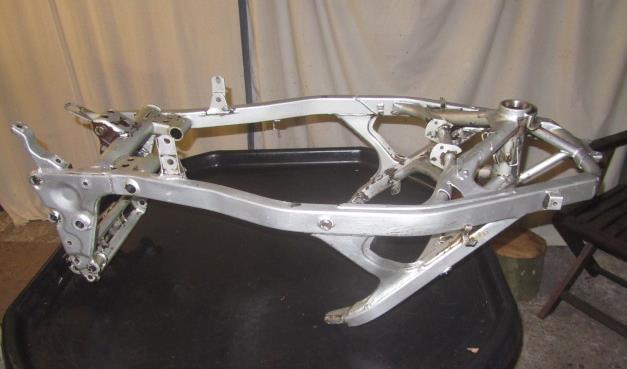 A good condition Z thou will cost a small fortune nowadays — 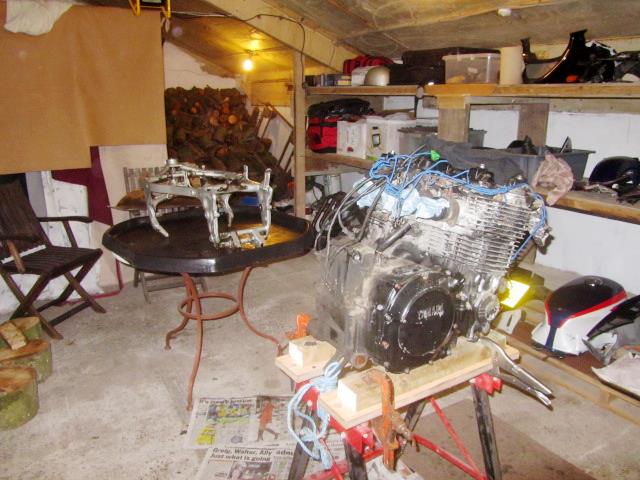 and while prices may be creeping up for an old FJ1100 — 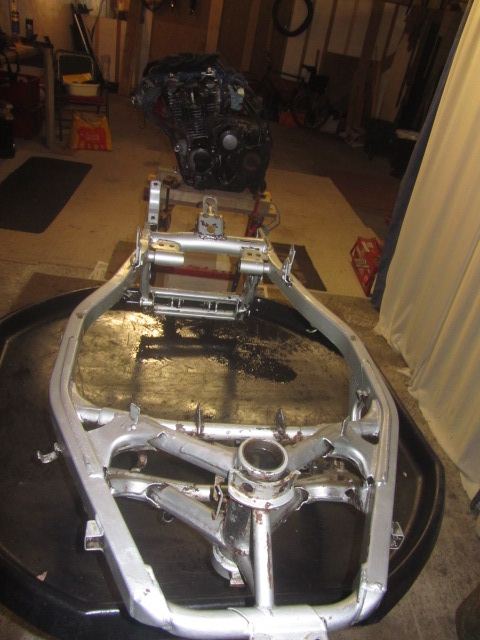 if you know where to look — 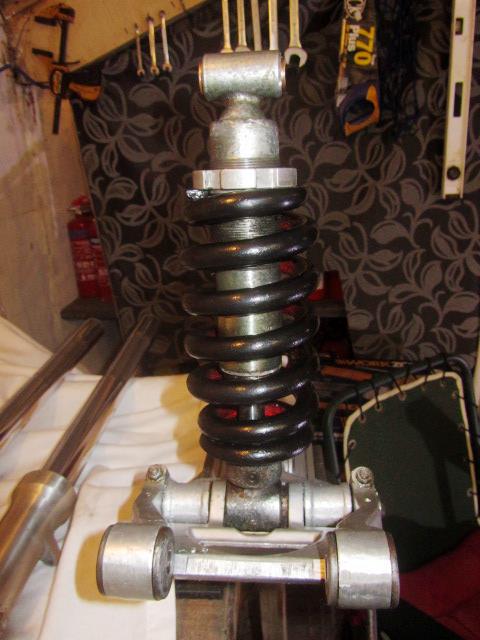 but they still have a long way to go —

she will make a nice bike when completed —

Just can’t make up my mind whether to go for the ‘Luing Scrambler’ look – build her back as standard – or – flog her as ‘an unfinished project’.