It wasn’t all nature luvvin today as I called into the workshop to catch up with what’s been happening.

The Wes Cooley GS thou was coming along slowly. It’s a spare time project by Buffalo who is always busy building and fettling race bikes for other people but it’s getting there. 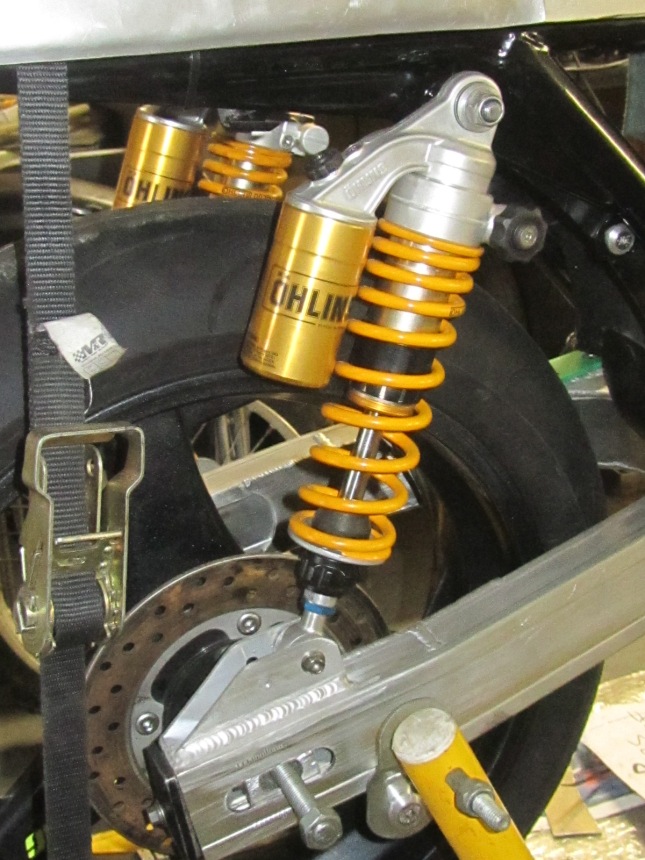 Yes that’s a pair of fully adjustable Ohlins on the back of the old GS. I know all about them cos I fitted them to my original XJR 1300 many years ago. The swing arm is home brewed and will have alternative mountings for the bottom shock mount. 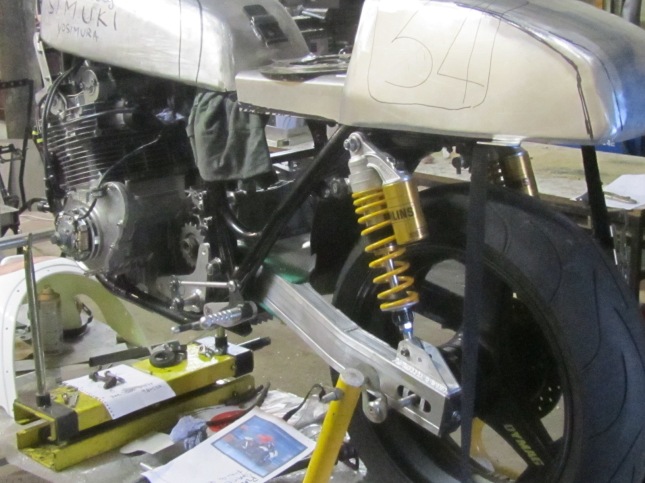 The frame has been strengthened around the headstock area and powder coated. An out-rigger bracket has been made to support the rear-set gearshift mechanism and the alloy fuel and race seat units are formed but require finishing. I’m pretty sure that’s a wide 17 inch wheel in there because as with the XR69 we are finding that tyres are the problem with the original 18 inch – both in cost and sourcing.

Billet yokes have been machined and a dinky set of adjustable forks are on the bench ready to go in. A fly in the ointment may be that the two XR69’s which have been parading and racing in South Africa this winter are due back soon. One blew it’s motor in the last race and the other was crashed – that’s racing 🙂 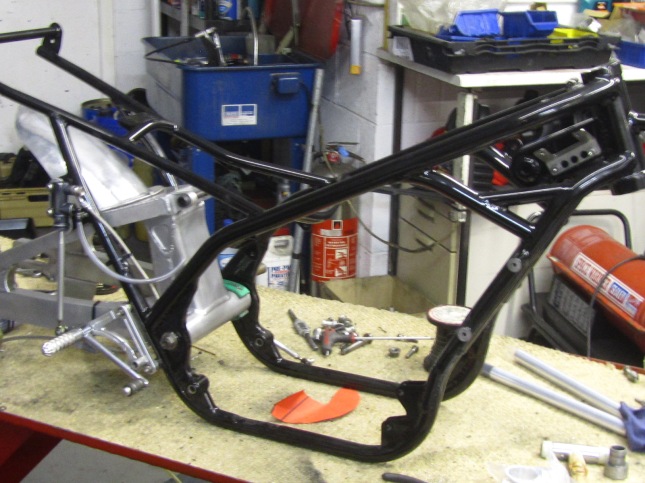 Then there’s the TZ350’s to get ready for this year’s ICGP series. One was crashed at Valderama and will need a complete make over plus there is at least one to be built from scratch while there are two more TZ’s in the mix somewhere. Makes me think that the Wes Cooley twin-shocker may not be ridden in anger this year. 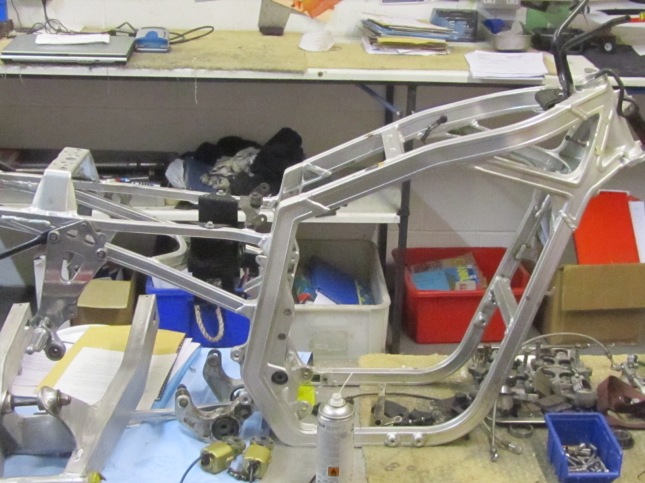 It seems a long time ago that I stripped that GSXR 750 down – I’m told that most of the bits are back from the paintshop – I’m tempted to look for my overalls and go put it back together again. If I can remember how to 🙂

but in actual fact it goes back further than that and was made famous by Wes Cooley on his Suzuki GS thou muscle-bike in the seventies.

Thanks to Daniel Lo Cornerspeedphoto.com for the use of that brilliant pic of Revvin Kevin at Indianapolis.

Posted by Don on February 10, 2012 in Uncategorized